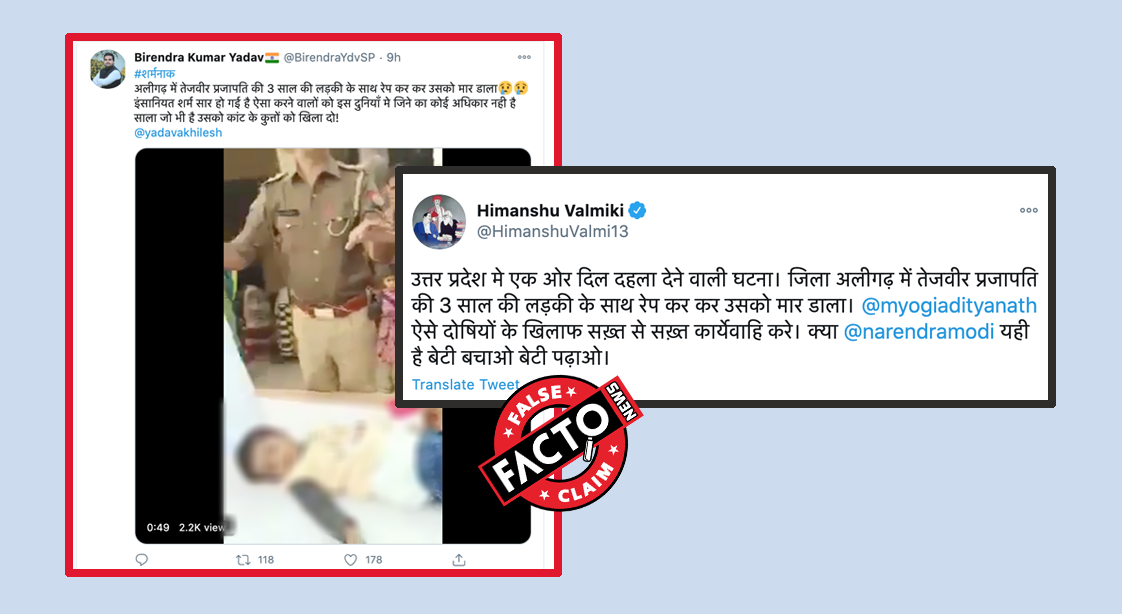 (Note: We have decided not to post the link here because the visuals are disturbing) 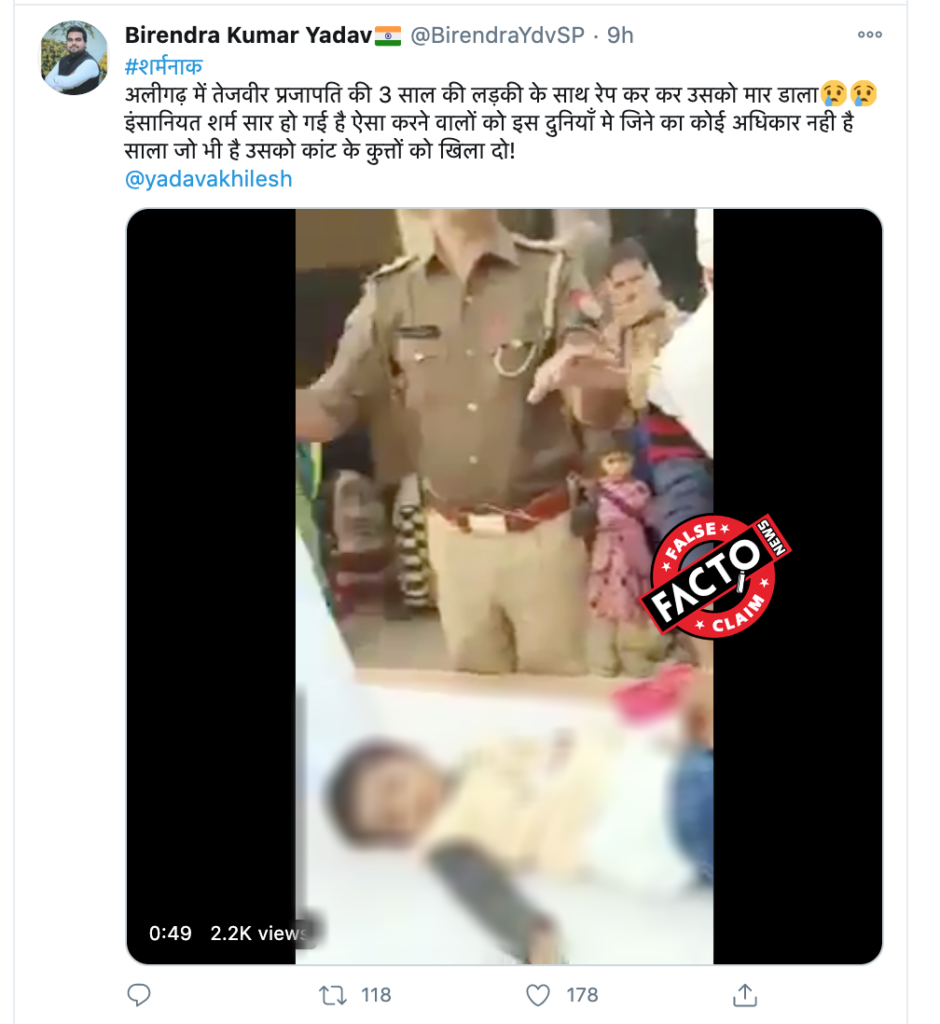 Aligarh Police has issued a video-note calling the viral claim to be fake. According to the Police, the three-year-old died of a road accident on 4th NOV and postmortem was done on 5th NOV. There was no rape found as per the postmortem report and police have requested the social media users to refrain from posting fake claims. An FIR has been registered on her mother’s request against an unidentified man in Akbarabad Police station and an investigation is under progress.

Conclusion: As per the postmortem report, there was no rape and the complaint has been filed against an unidentified driver for hit and run case.