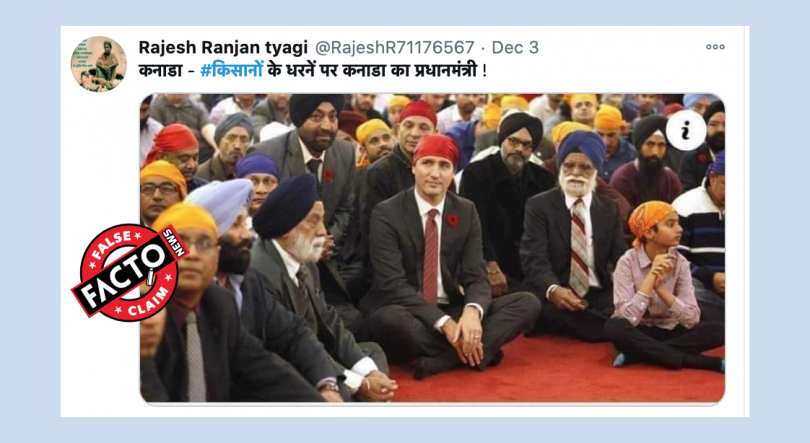 New Delhi: Farmers from Punjab, Haryana, Rajasthan and Uttar Pradesh are protesting against new agriculture laws(Farm Bills) from months. Prominent celebrities like Diljit Dosanjh, India’s first Olympic medal winning boxer Vijender Singh, Bollywood actor Sonu Sood and many others have extended their support to the protest. Canada’s Prime Minister Justin Trudeau when asked about the on-going protests, said, “the Indian farmers’ agitation against the farm bills was ‘concerning’ and that his country will be there to defend the rights of peaceful protest.”

While Indian farmers’ protest is gaining massive support from everywhere, a lot of misinformation and fake claims related to the protests are going viral. A photo of Canadian PM sitting on floor with group of Indians is claimed as he is participating in a protest against farms laws and is supporting Indian farmers.

User Rajesh Ranjan has shared the Photo, with caption “कनाडा – #किसानों के धरनें पर कनाडा का प्रधानमंत्री !” (Canada- Canadian Prime Minister protesting with farmers). There are other users also who has shared the same claim on twitter and facebook.

We did a reverse image search and found amd found the viral image in multiple articles dated to 2015. The picture was taken when Canadian PM visited a Hindu Temple in Ottawa-Carleton, a city in Canada during Diwali. An article published in Indian High commission official website has the viral photo with caption “Prime Minister Trudeau celebrates Diwali in Ottawa”. 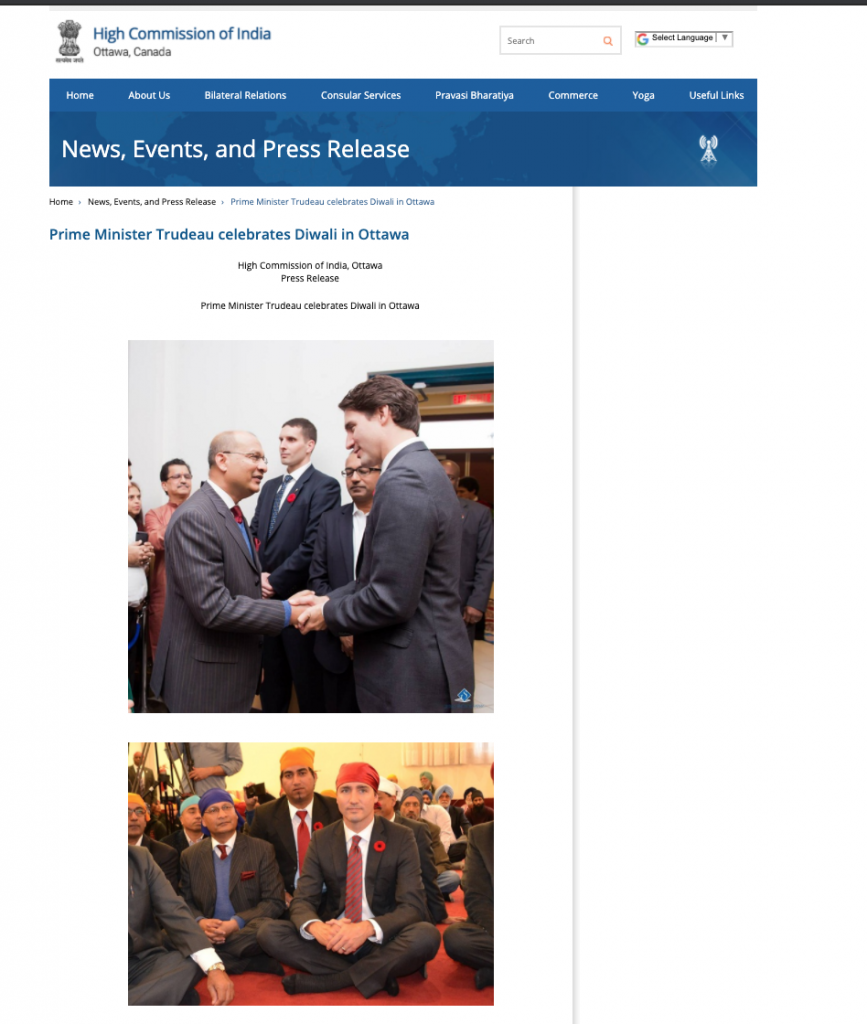 Conclusion: The viral photo of Canadian Prime Minister is 5 year old and not related to on going farmers’ protest.