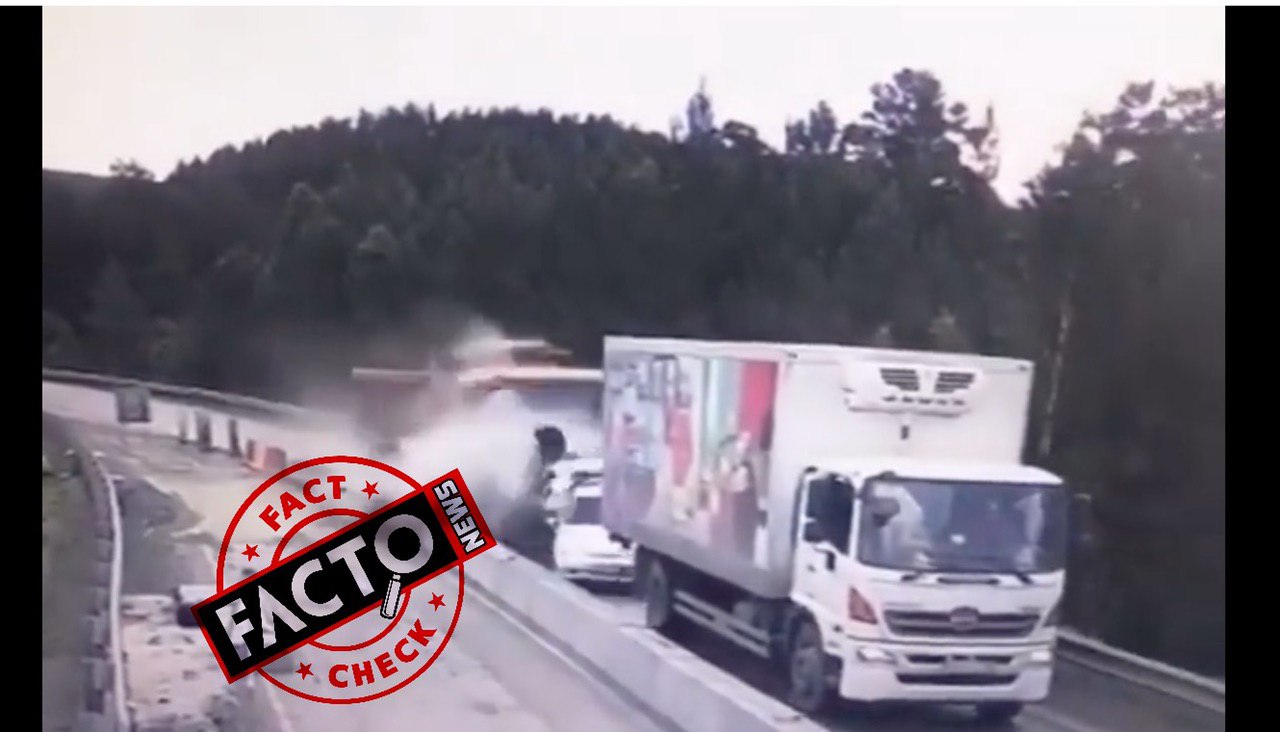 Bengaluru: A video of an un-controlled truck crashing into 3-4 cars on the highway is going viral. The video is said to be from the Bengaluru-Mysore highway and is widely shared over WhatsApp and Social Media. The video is viral with different captions, a page called Today’s WhatsApp Vira has shared the video With Caption “This is in Mysore road Near Kengeri NEAR BANGALORE. in #Karnataka. Terrible, Horrible, unacceptable. Just now received. sharing as it is Source: Copy Paste From WhatsApp Group”.(Archive)

The Caption itself specifying that it was taken from Whatsapp, so we can imagine how viral this video could be on WhatsApp. 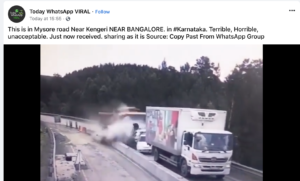 Another facebook page with over 2.2 lakhs likes has shared the video with the caption,”This is Mysore road, near kegel, just now recorded”. 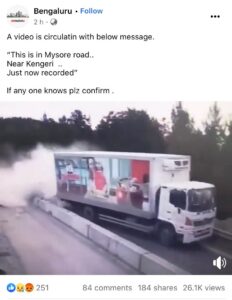 FactO Check:
We converted the video in frames and did a  reverse image search, which directed us to multiple articles on Russian news portals, here, here. Ruptly has also published an article on 17th June 2020. According to an article published by Ruplty and other news agencies, The accident happened on the M-5 highway “Ural”  in the Chelyabinsk region (Russia). Two people were killed and seven injured after a truck ran into five vehicles.

Conclusion: Everything you see on WhatsApp and Facebook/Twitter feeds are not true. We request you to check the authenticity before sharing it to your wall or forwarding to friends and family.