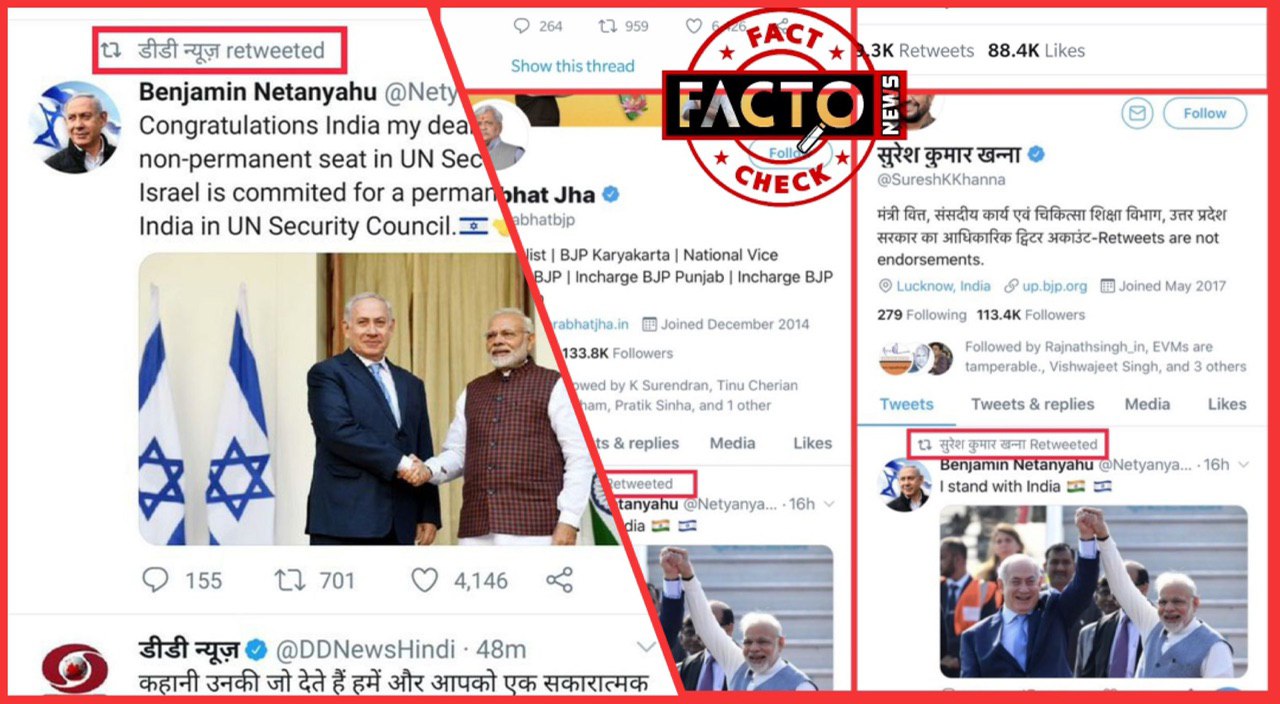 India and China have been in a face-off along the Line of Actual Control (LAC) from the past month. On 15th June,  20 Indian soldiers were martyred in a clash with the Chinese troops in Galwan Valley, Ladakh. Ever since the incident, several unrelated images, videos, and fake news is being spread in social media platforms. A mainstream media agency went a step further and read out a fake list of casualties of Chinese soldiers on live TV.

Amidst the rising tensions between India and China, some social media users have created parody(impersonating) accounts of world leaders like Israel Prime Minister Benjamin Netanyahu, US President Donald Trump, and Trump’s daughter Ivanka Trump, and started tweeting that they support India. Some users have even created fake profiles with Chinese  names, and started tweeting against China. These impersonating accounts were trending as they tweeted pictures of world leaders with PM Narendra Modi, with a caption “I stand with India”. 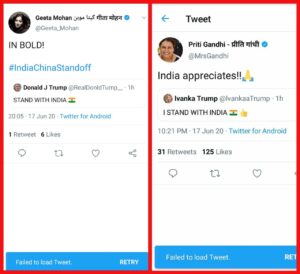 Several top BJP leaders from their verified twitter handles and a prominent news agency shared/retweeted such tweets from these parody accounts. Carrie lam cheng (Chief executive of Hong kong).Here are some screenshots from two accounts impersonating US President, Donald Trump. One tweet supports India with the caption, “I stand with India”, while the other calls for boycotting Chinese products in India. 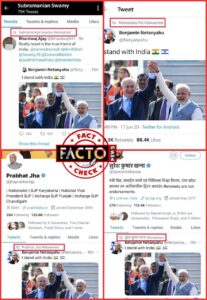 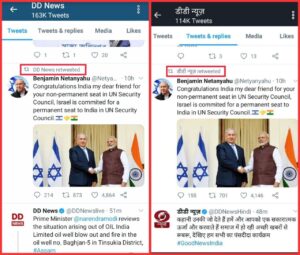 Here is another account with the name Carrie Lam Cheng, claiming to be the chief executive of Hong Kong, shared a video claiming that Hong Kong is protesting in solidarity towards Indian soldiers attacked by the Chinese Army. We couldn’t independently verify whether this video is from Hong Kong, but we are sure this account is not of Chief Executive of  Hong Kong “Carrie Lam Cheng”.

The fake account has some old tweets rooting for PM Modi in 2014. Here is a glimpse of the  account impersonating  Hong Kong ‘s Chief Executive.

Here are some other screenshots of an account impersonating Angela Merkel.