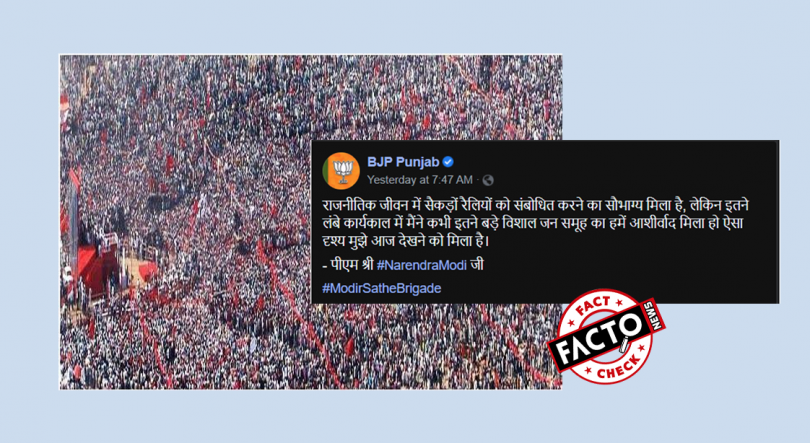 West Bengal: Prime Minister Narendra Modi has addressed a crowd  at Kolkata’s historical Brigade parade grounds on March 7. Veteran actor Mithun Chakraborty has joined the BJP party at the same event before Modi’s speech. With many mainstream leaders and Narendra Modi himself at the event, the event has fairly modest crowd presence. This has not stopped the party supporters to trend the event in social media. Many over-enthusiastic leaders have started sharing images of Left Front Rally  with #ModirSatheBangla #ModirSatheBrigade tags in social media. 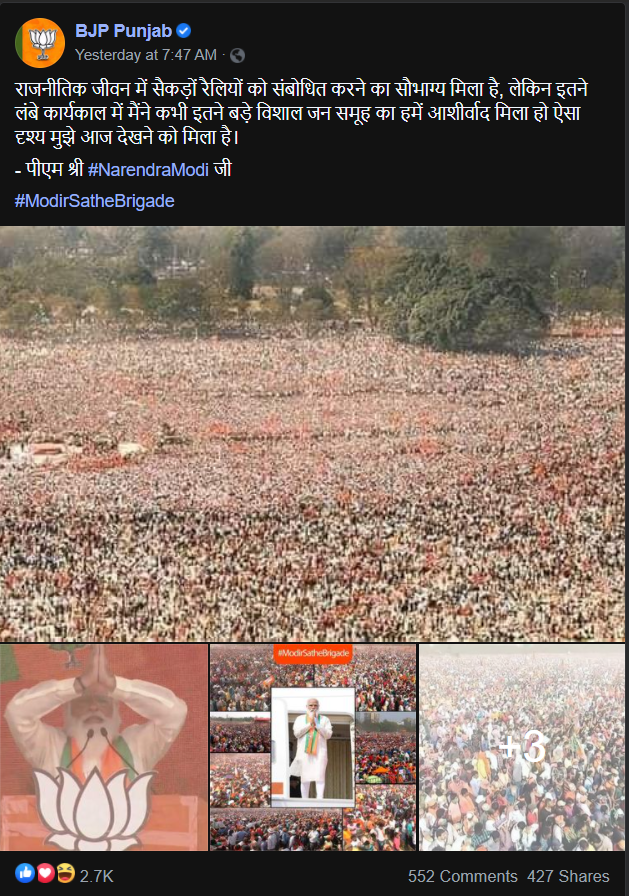 FactO Check: A reverse image search of the viral picture 1 shared by BJP members has directed us to a tweet shared by the West Bengal – Communist Party of India’s official handle @CPIM_WESTBENGAL on June 10, 2020, with a caption, “You can cut all the flowers but you cannot keep Spring from coming.” A bird eye view of last year Birgade Rally at #Kolkata#LalSalaamComrade

The same image was shared by Congress and Left leaders and supporters during the Left Front rally on February 28, 2021. FactO News has already debunked this. Please find it here.

“You can cut all the flowers but you cannot keep Spring from coming.”

Conclusion: It is evident that an image from Left-Front rally in 2019. BJP supporters are sharing the old image and claiming it to be from the recent rally on March 7, 2021. The pictures shared by the BJP leaders are misleading.