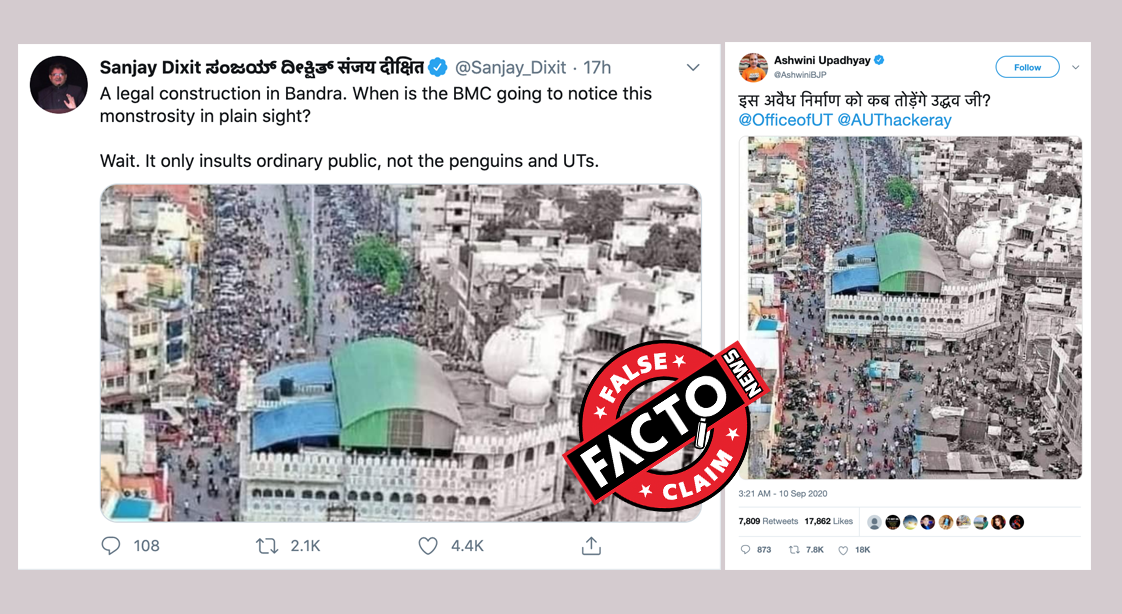 Mumbai: A verbal rift is going on between Shiv Sena leader Sanjay Raut and Kangana Ranaut after the latter called Mumbai a part of POK(Pakistan Occupied Kashmir). On 9th Sep 2020, Mumbai’s BMC body razed part of Kangana’s Mumbai office citing illegal construction. Social media users have taken sides, while some praised the action, many of them criticized BMC’s and government’s misuse of power. At the same time, few people turned the debate into communal.

BJP spokesperson Ashwini Upadhyay posted a photo and raised the question to Uddhav Thackeray. In his tweet which is now deleted, he asks. “इस अवैध निर्माण को कब तोड़ेंगे उद्धव जी? @OfficeofUT @AUThackeray” (When will this illegal construction be demolished Udhav ji?) 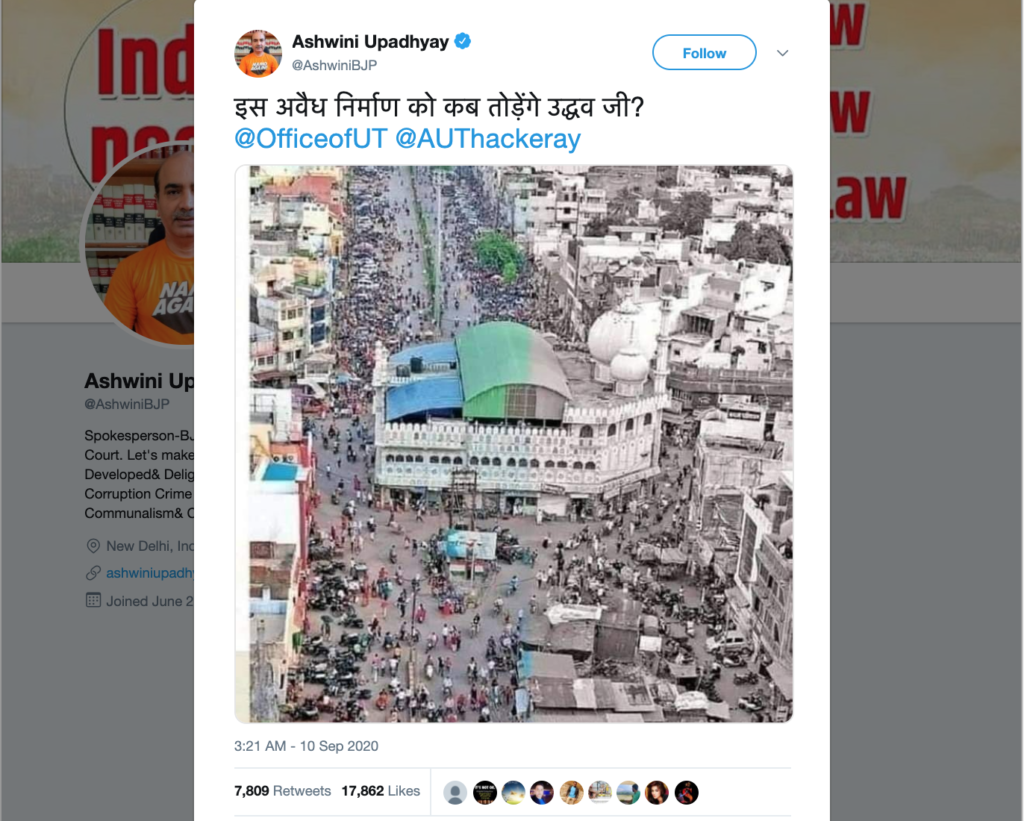 Sanjay Dixit, an Ex-IAS officer has shared the photo from his verified twitter handle, with the caption “A legal construction in Bandra. When is the BMC going to notice this monstrosity in plain sight? Wait. It only insults the ordinary public, not the penguins and UTs.” 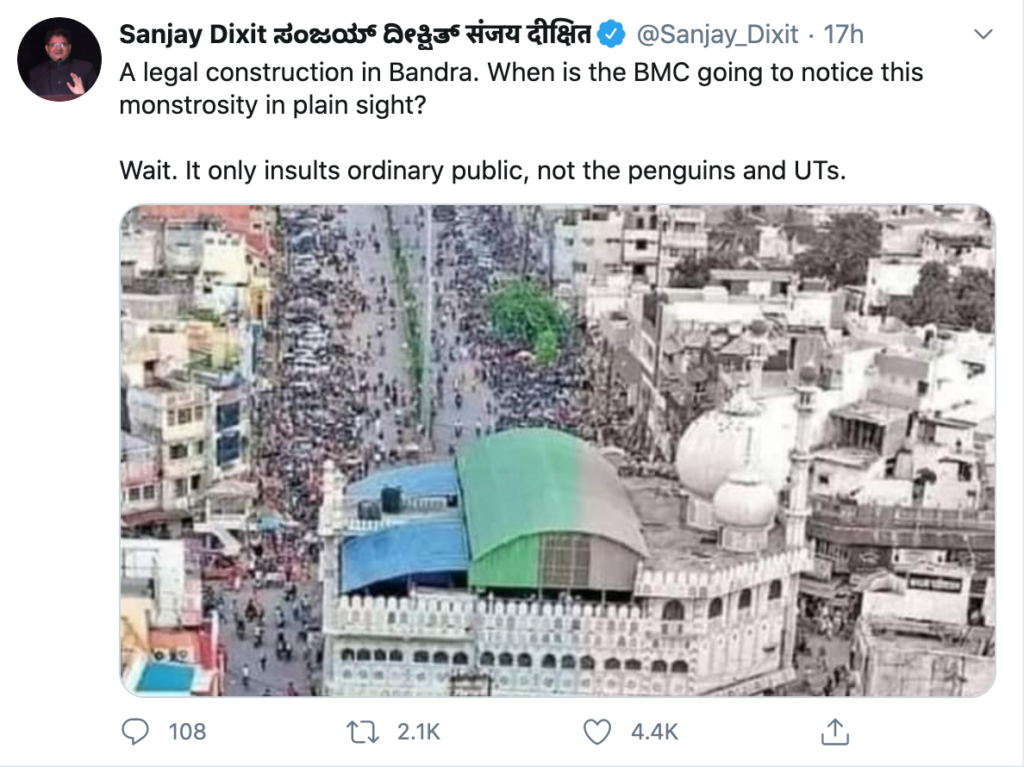 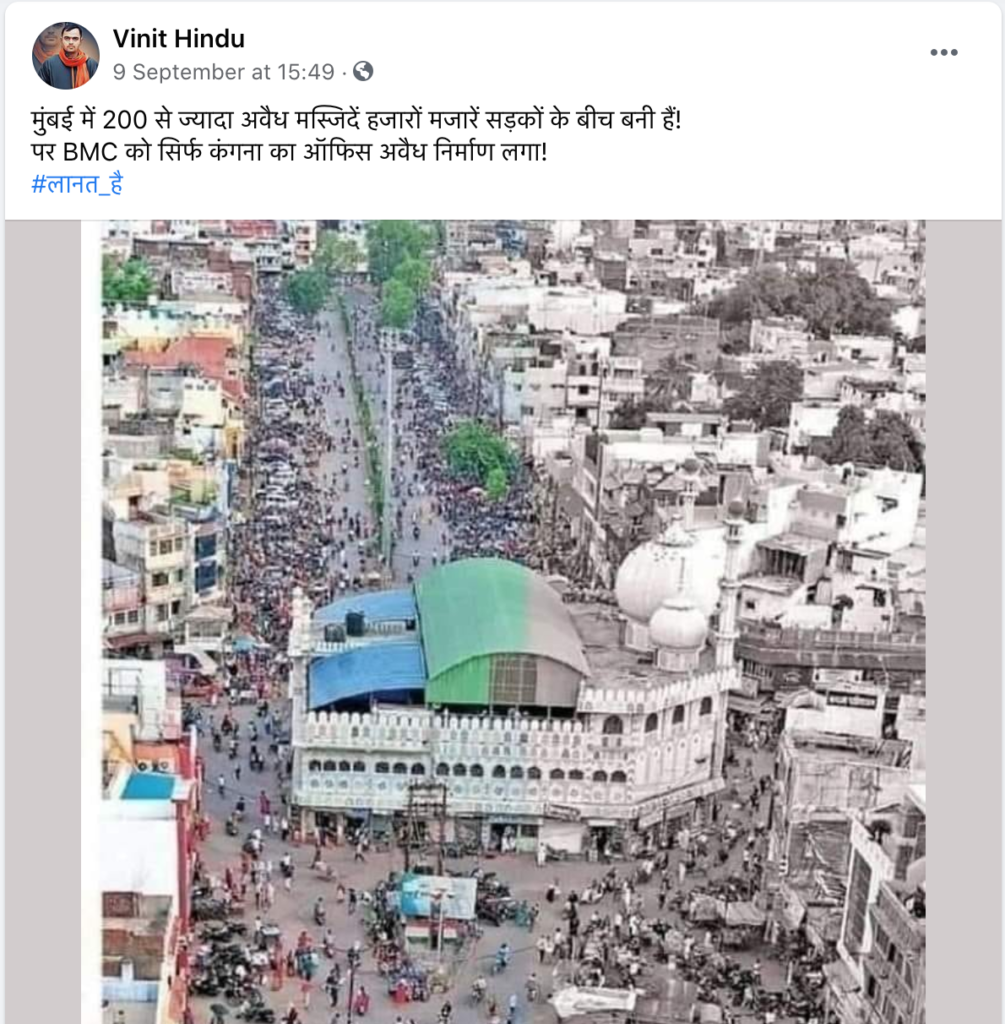 With a quick reverse image search on YanDex, we found that the photo is from Sagar District, Madhya Pradesh. While accessing Google maps in search of “Jama Masjid, (Marqaz), Katra Bazar”, one can see that Google Earth shows the same viral mosque as Jama Masjid (Marqaz). Our finding shows the mosque is not in Mumbai but from Moti Nagar, Sagar of MP.

We have highlighted some structures that match with the viral image with a green circle and a red square. 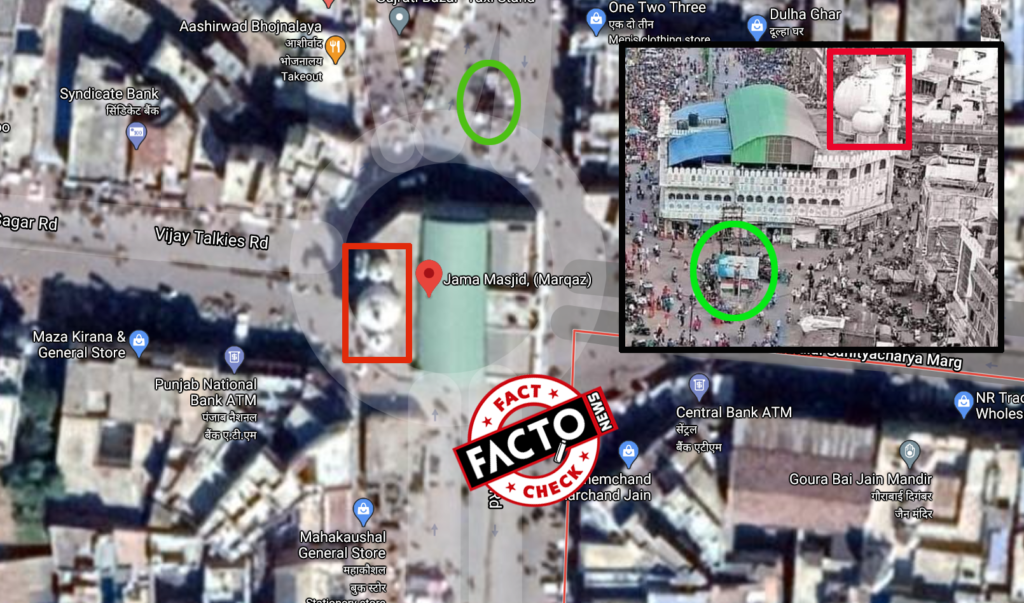 We also found an article published on Dainik Bhaskar in April month, the picture in the article used is of the same mosque ‘Jama Masjid, Katra’. The three domes in the below photo also matches with the viral photos of the mosque. 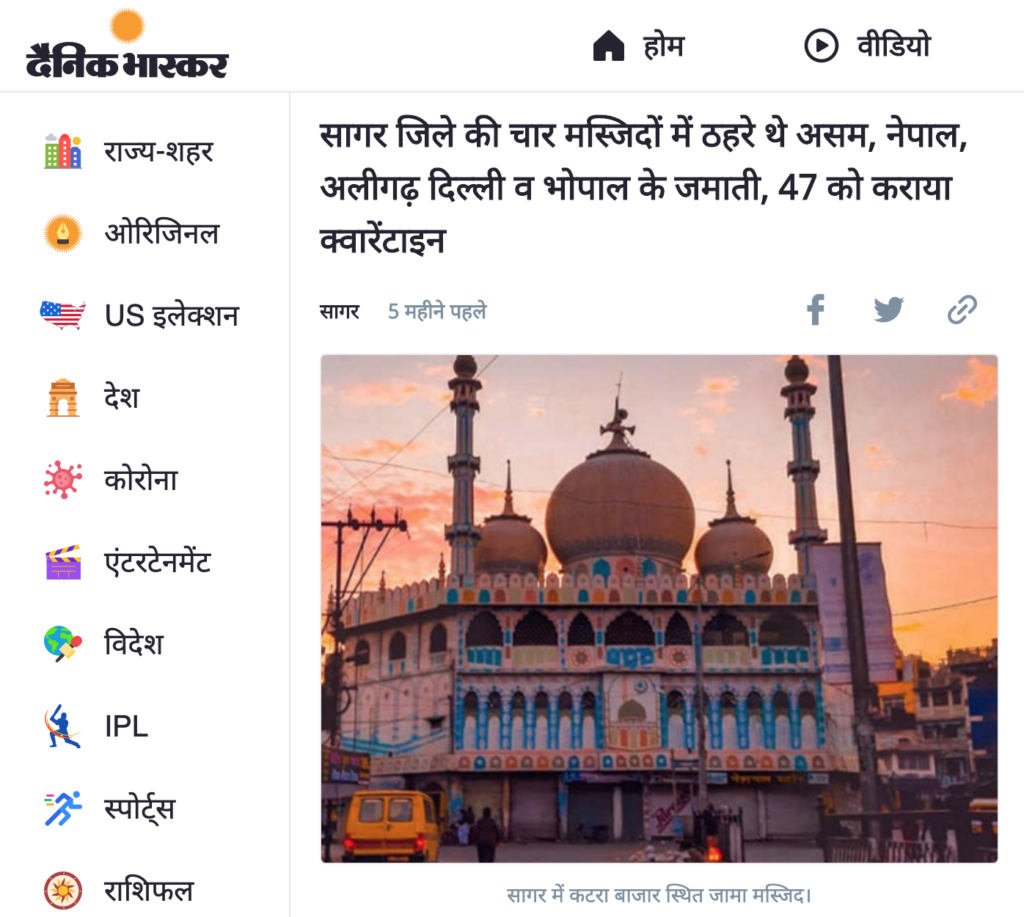 Conclusion: The mosque photo used to target Maharashtra govt and Shiv Sena is found to be from Madhya Pradesh. So the claims are found to be misleading and fake.