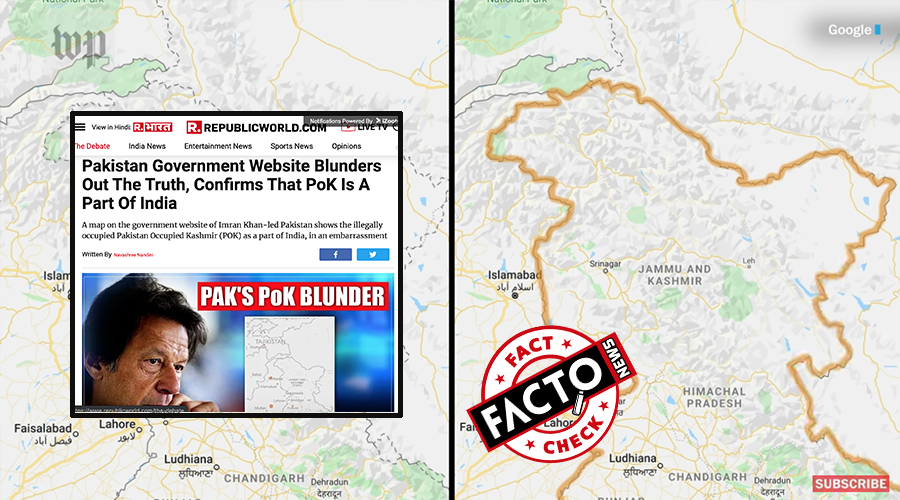 Delhi: A screenshot from Covid.gov.pk website is going viral in India claiming that Pakistan agreed that POK belongs to India on their official website, Many journalists shared the screenshot from Pakistan’s COVID website. Republic world wrote an article “Pakistan Government Website Blunders Out The Truth, Confirms That PoK Is A Part Of India” (Archive). 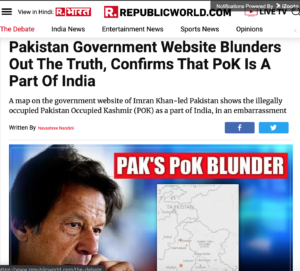 Many Journalists goofed up with Google maps.

Ashish Singh a journalist(from his bio) tweets “Finally, Pakistan has officially accepted that J&K is an integral part of India.”, tweet archive here. The tweet went viral with 3.4K RT and 11K likes. Many twitter users copied his tweet and tweeted the same. Look at some here.

Finally, Pakistan has officially accepted that J&K is an integral part of India.
Believe it or not! Pakistani govt's official website on Covid-19 https://t.co/cHGybTlS3q has shown J&K as part of Indian territory.
Check this out 👇 pic.twitter.com/Z4ngqC9ASt

Aditya Chaudhary another journalist(from his bio) has shared the screenshot on his tweet(Archive), many users copied his tweet “पाकिस्तान ने भी माना ये है भारतवर्ष का नक्शा”. It can be found here.

When we started looking at the claim, we found an article published by Washington Post with heading “Google redraws the borders on maps depending on who’s looking”, which shows two versions of the view of google maps of Kashmir. The left side is a view of Kashmir when you see from Paksitani which shows full POK as a disputed line and right side in the view from India which shows POK and J&K is part of India. 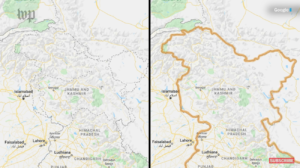 For more details on how Google showed disputed maps please watch this Washington post video “Google maps changes disputed borders based on where you’re searching from”.

To validate the above claim of Republic and other social media about Pakistan agreed POK belongs to India, we used a VPN to view the map embedded in the covid.gov.pk website (Now they’ve removed the maps section from their website), we found exactly the same view what was published by Washington Post. We also found an article from Outlook and the Hindu “Google Maps Shows Kashmir Border As ‘Disputed’ When Seen From Outside India” published in FEB 2020. 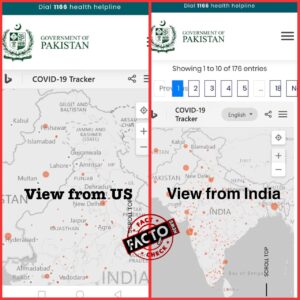 Conclusion: According to Washington Post, Google has a mechanism to show the disputed borders based on Location and where you’re viewing from, we Factonews.co strongly believe POK is part of India but the claim of Pakistan agreed the POK is part of India on their official COVID website is found to be false.