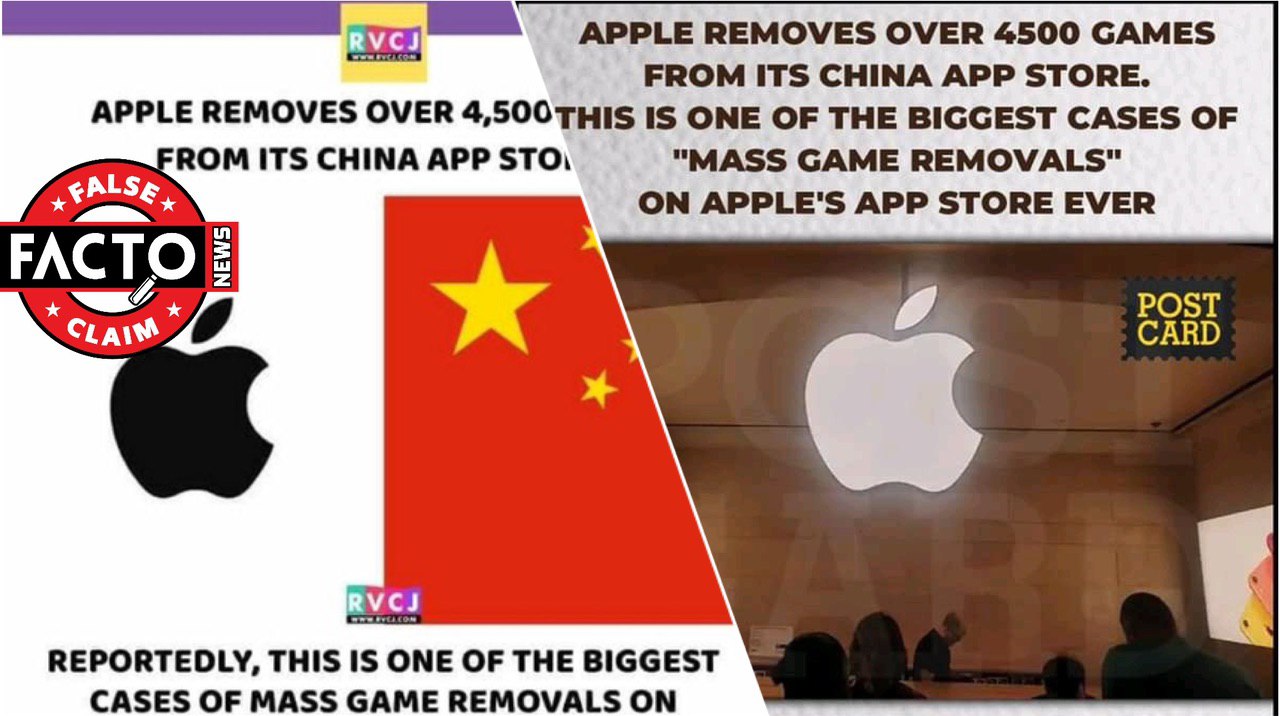 India:  Following the ban of 59 Chinese mobile apps by Indian government from app store, several netizens have applauded the government’s decision. In the recent times, a message that claims,“Apple removes over 4,500 games from its China App store. Reportedly, this is one of the biggest cases of mass game removals on Apple’s App store ever.”  is going viral across social media. An Instagram page RVCJ Media(@rvcjinsta) has shared this in a post with the same claim adding, “China is now suffering the fruits of their misdeeds”. The post garnered over 2,36,659 likes so far. Archived here

“Postcard English”  has also shared the same message in its Facebook page. The post also claimed that the every major country is against China and it deserves this  for trying to destroy the world. Archived here

Many users across social media have started sharing this misleading message with the same claim. The message is also viral in WhatsApp.

While it is true that Apple had removed 4500 games from its China App Store in 2 days, but it is not due to any of those reasons claimed by the above social media posts. According to “Business Insider“, the decision was taken by Apple due to pressure from the Chinese government. The Chinese government has introduced new regulations which require game developers to gain approval from the government before launching their applications in the App store. Following the decision, Apple has removed 1571 apps on July 1, 1805, on July 2, and 1276 apps on July 2.

Todd Kuhns, a marketing manager at AppInChina responding to the latest actions has said that, “Sadly, because China only approves about 1,500 game license and the process itself takes six to 12 months, most of these apps will be waiting a long time before they are allowed back on the store”.