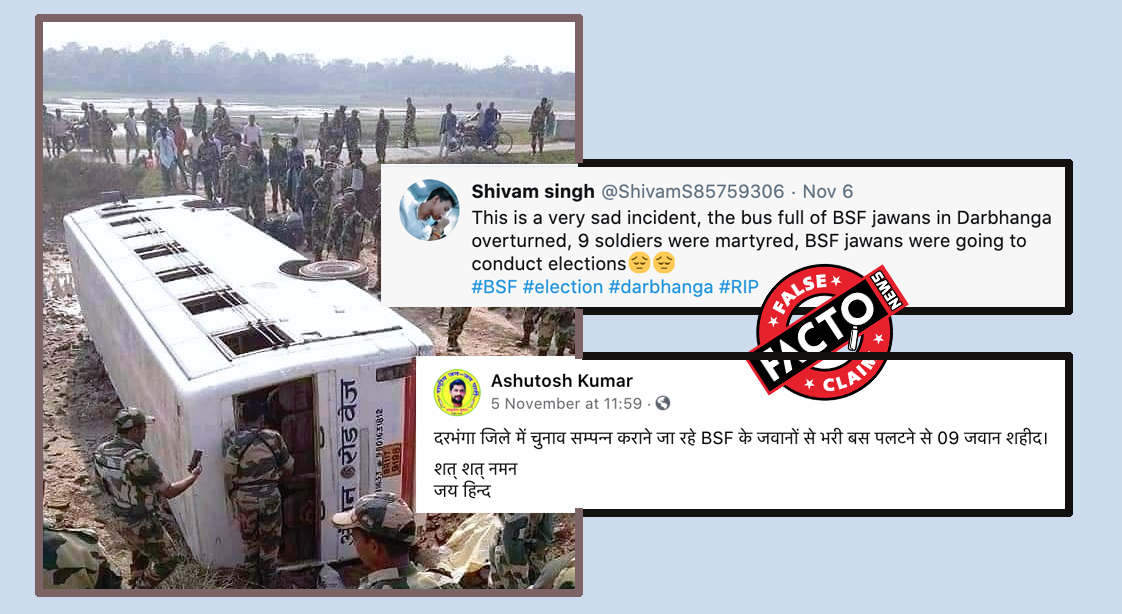 Bihar: Images of a overturned bus surrounded by BSF personnel from Bihar is going viral with a claim that 9 Border Security Force personnel were martyred. Many social media users have shared the viral image falsely claiming that 9 soldiers who were deployed for election duties in Bihar have lost their lives during the bus accident.

This is a very sad incident, the bus full of BSF jawans in Darbhanga overturned, 9 soldiers were martyred, BSF jawans were going to conduct elections😔😔#BSF #election #darbhanga #RIP pic.twitter.com/YroSzajVkS

The claim is also viral in Facebook. A Facebook user has shared the viral images of the bus accident to a public group “Salute Soldiers” and claimed 9 soldiers were martyred. 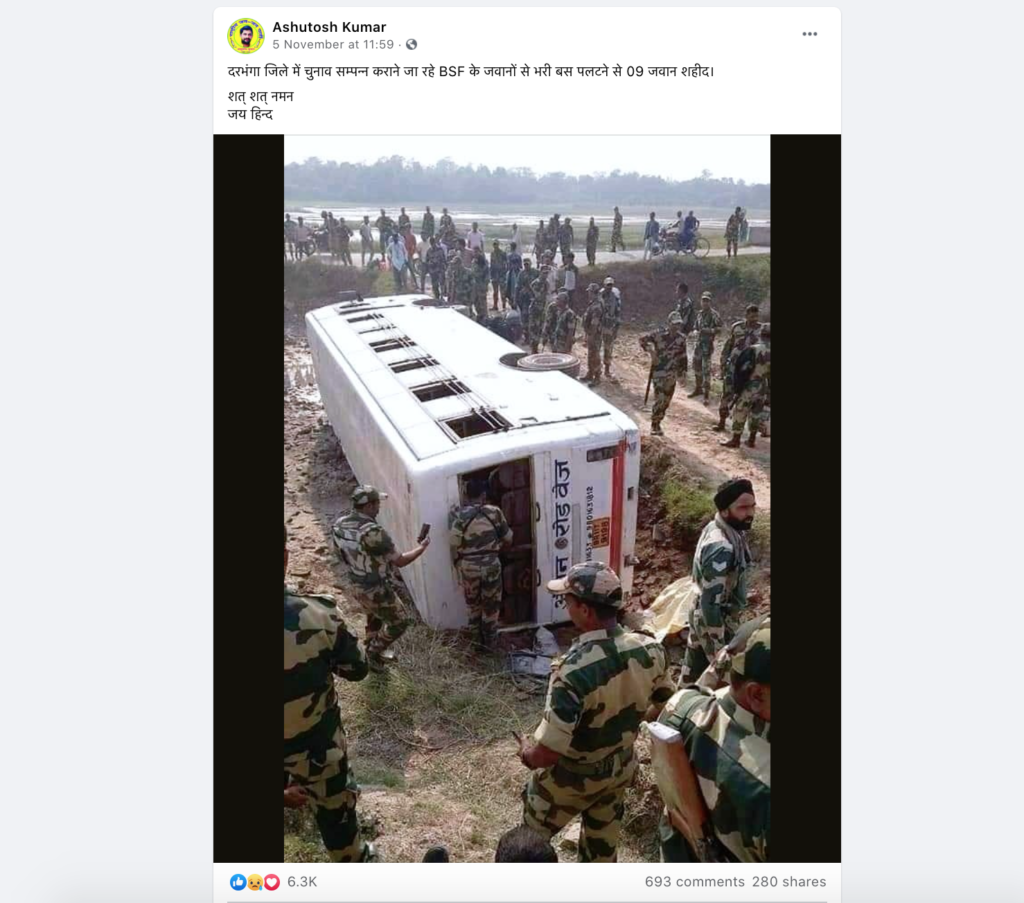 It is true that the bus carrying BSF personnel has overturned near Muzzaffarpur-Darbhanga border, Bihar on November 4, 2020. According to a report published on November 5 by Aaj Tak, a bus full of BSF personnel going in to election duty overturned between Thakaniya and Budhkara village of Muzaffarpur district. Ten soldiers including the bus driver were injured and admitted in a Community Health Centre. 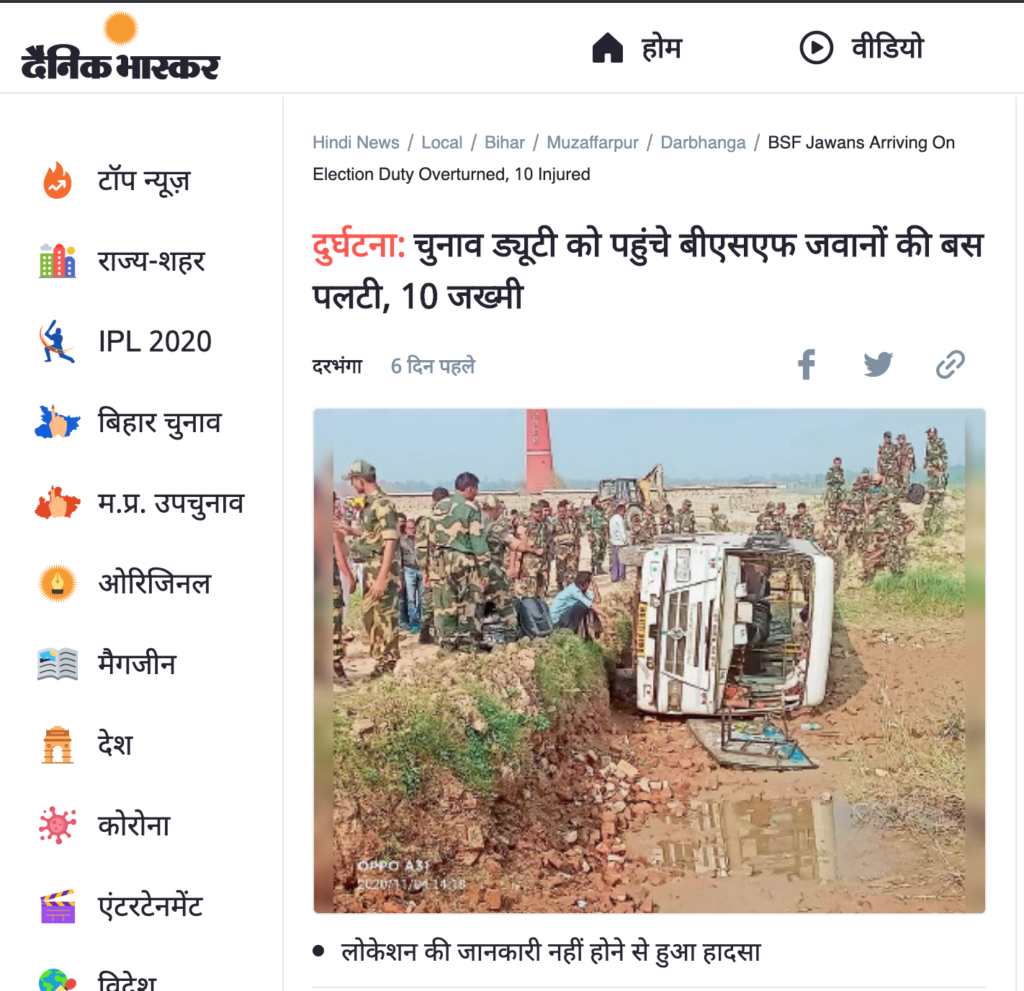