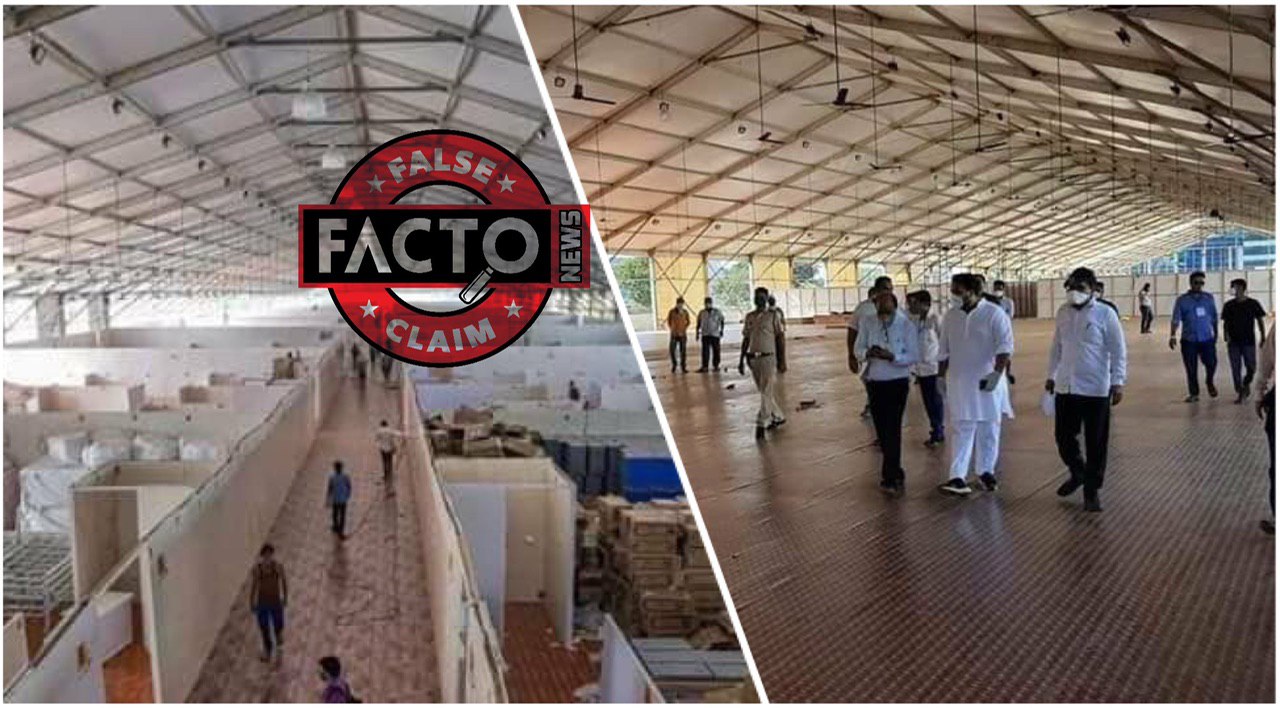 New Delhi:  Sharp increase in Covid-19 cases has stumbled the health care facilities in New Delhi. Many were struggling and finding it difficult to get themselves admitted to a hospital.

Amidst this situation, some images are viral on social media with a claim that AAP government has invested huge money in developing makeshift hospitals. Makeshift hospitals are nothing but temporary hospital wards created for the treatment of Covid-19 infected patients.

In the viral post it is claimed that Arvind Kejriwal’s AAP, Government is developing a makeshift hospital in Pragati Maidan, Delhi.

These images are viral with a caption 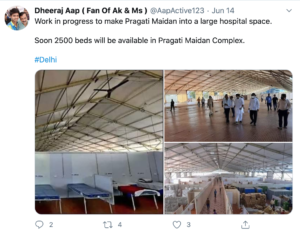 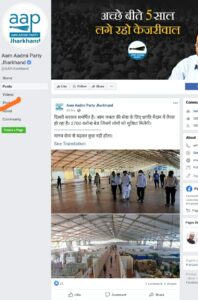 To fact check of the viral claim, we did reverse image search using google image search and found Congress MLA Zeeshan Siddique’s tweet from 12th May 2020. We also found several articles, about how Mumbai has created makeshift hospital of 1000 beds in Mumbai’s BKC area. According to Deccan Herald’s article, The first of the Wuhan-type modular hospital at the Bandra-Kurla Complex is ready as Mumbai geared up for a big spike in COVID-19 cases. The hospital has 1,000 beds and it can be scaled up in the future. The hospital, located in the MMRDA Ground at BKC, was ready in a fortnight’s time. Four such isolation and quarantine facilities have been planned in Mumbai and the larger Mumbai metropolitan region. 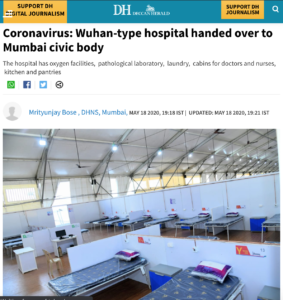 While checking out this tweet, we also found that Zeeshan has also called out to those, who shared this on twitter claiming it to be from Delhi. Below is the tweet.

Conclusion: In our search, it was clear that these images are from Bandra BKC, Mumbai, and not from Delhi.