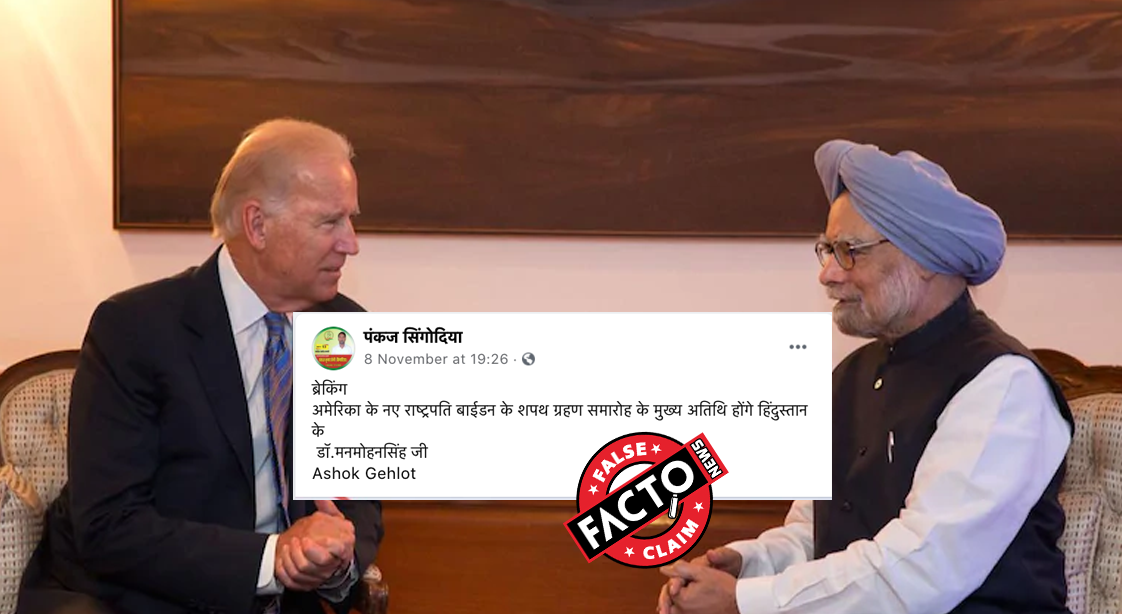 The Post has received over 600 shares and 10K likes with 600 comments. (Archive) 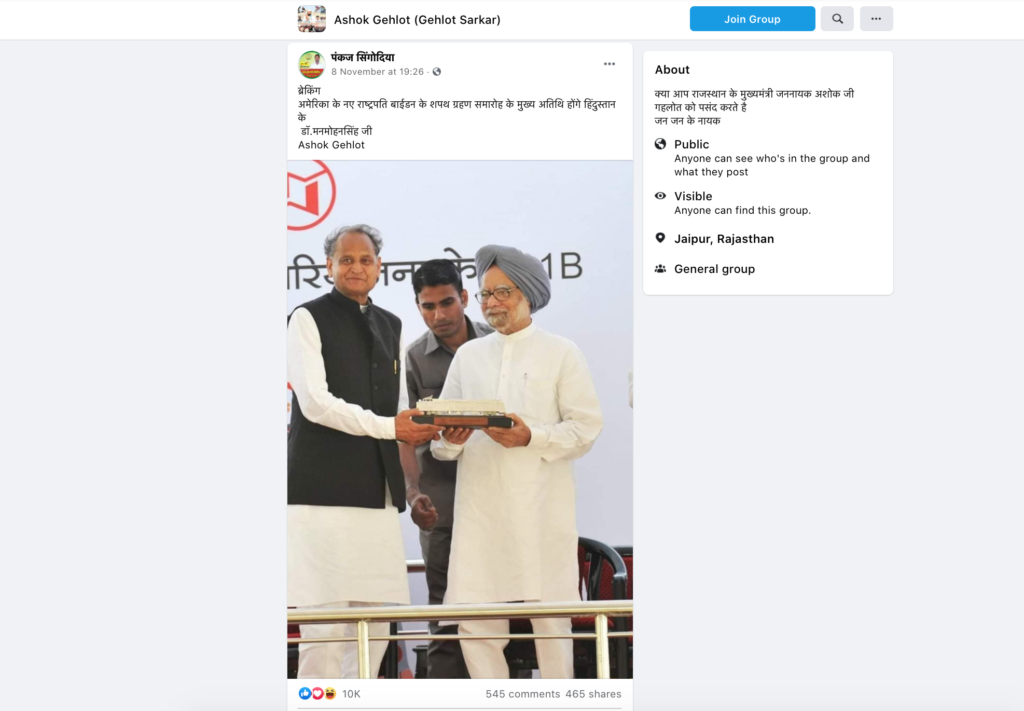 The same claim is viral on Twitter as well. A Twitter user @Pravinsinh_inc has shared the same claim.

This claim is viral on Twitter and Facebook, Find viral tweets here, and viral Facebook posts here. It looks like most of the users are just copy-pasting the same claim without checking the authenticity.

Voting was completed on the 3rd of NOV for electing the 48th president of the United State of America. Joe Biden should reach the 270 electoral college votes to beat Donald Trump in the race to the White House. According to the Associated Press, Joe Biden is projected to gain 290 electoral votes. But, he can’t be President of the United States until the 20th of January 2021, as per the US constitution, there is a transition period of at least 72-78 days. The President-elect Joe Biden has also tweeted the same and said he will be taking oath on the 20th of Jan, 2021 at noon.

I won't be president until January 20th, but my message today to everyone is this: wear a mask.

We have searched on international news portals to find if an invitation to any world leader has been sent so far, and couldn’t find any yet. Joe Biden has not been officially announced as 48th President of USA yet. The deadline for complete vote-counting ends by December first week, Last day for states to resolve election disputes is 8th DEC. You can read more about the timeline here.

We searched on the Internet and couldn’t find any potential source which confirms the claims that there was an invitation was sent to Dr. Manmohan Singh to be a guest at Joe Biden’s oath-taking ceremony. While talking to Visvasnews Dr. Manmohan Singh’s office in New Delhi confirmed the viral claim is false, the office has called the claim false and said they haven’t received an invitation.

Conclusion: The viral claim is false, and there is no evidence that supports the claim.