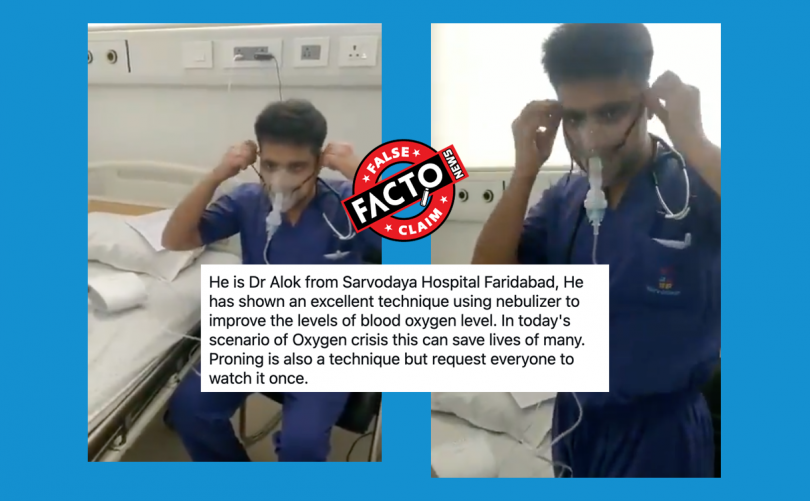 Uttar Pradesh: A video of a doctor from Faridabad hospital is going viral where he suggests using Nebulizer as an alternative to the oxygen cylinder. The video is viral with the below caption and it’s been shared over social media and WhatsApp multiple times.

“He is Dr Alok from Sarvodaya Hospital Faridabad, He has shown an excellent technique using nebulizer to improve the levels of blood oxygen level. In today’s scenario of Oxygen crisis this can save lives of many. but request everyone to watch it once.” Twitter, Facebook. 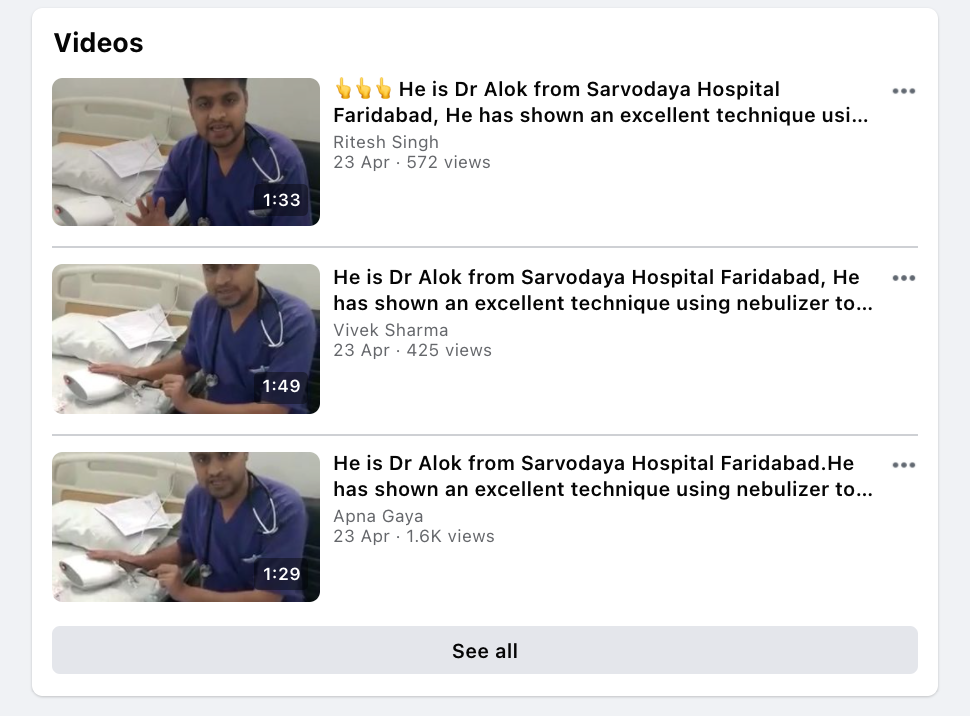 He is Dr Alok from Sarvodaya Hospital Faridabad, He has shown an excellent technique using nebulizer to improve the levels of blood oxygen level. In today's scenario of Oxygen crisis this can save lives of many. Proning is also a technique but request everyone to watch it once. pic.twitter.com/ELqw9s6kKv

What is a Nebulizer?

According to British Lung Foundation, a nebuliser is a machine that helps you to breathe in a medicine as a mist through a mask or a mouthpiece. A nebuliser converts a solution of a drug into a fine spray. You then breathe in the spray. Nebulisers use oxygen, compressed air or ultrasonic power to break up the liquid drug to deliver the dose you need.

We tried contacting Sarvodaya Hospital over Dr. Alok’s claim, and the hospital redirected us to the notice they issued on Twitter on 23rd April 2021. The note says the video is no way endorsed by the hospital and the claim is not been backed by any evidence or scientific study. We also spoke to few general physicians who rubbished the claim on using a Nebulizer for treatment of a patient having a breathing issue.

Always consult a medical practitioner before following any #medication practice, especially for #treatment of severe conditions. Do not fall prey to any information without an authorized source.#awareness #SarvodayaHealthcare #SHRC pic.twitter.com/itTVLfYqkd

Conclusion: Nebulizer can’t be used as an alternative to an oxygen cylinder. Do not fall for unapproved treatments and medications. Consult a doctor if you have any of the COVID symptoms.