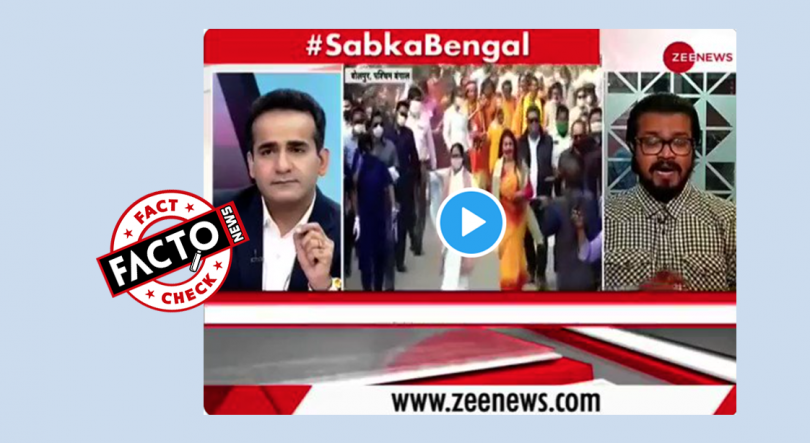 A similar incident happened had gone viral when a BJP spokesperson mocked a TMC leader for calling Rabindranath Tagore as Rabindranath Thakur in a Aaj Tak channel debate. However, he was corrected by anchor Rohit Sardana later.

BJP spokesperson @gauravbh tries to score a point over TMC panelist by mocking him for calling Sh Ravindranath Tagore as Rabindranath Thakur, ends up exposing his stupidity. https://t.co/xDsaHyku09 pic.twitter.com/rIQt0wBwwB

The name ‘Tagore’ is an anglicised version of ‘Thakur’. Brahmins across Bengal and in many parts of the India are referred as ‘Thakur”-meaning Holy Lord. The Thakurs have worked with the Britishers in supplying provisions to the foreign ships that sailed up the river. Seeing them referred as Thakurs, the Britishers have naturally assumed the name Thakur was a surname or family name. Unable to pronounce the unfamiliar local names, they have anglicized the name ‘Thakur’ to ‘Tagore’. That is how Rabindranath Thakur became Rabindranath Tagore. The Daily Star’s article “From Thakur to Tagore” talks a great deal about the topic.  Gurudev Rabindranath Thakur is a global icon and the west is more familiar with the name ‘Tagore’.