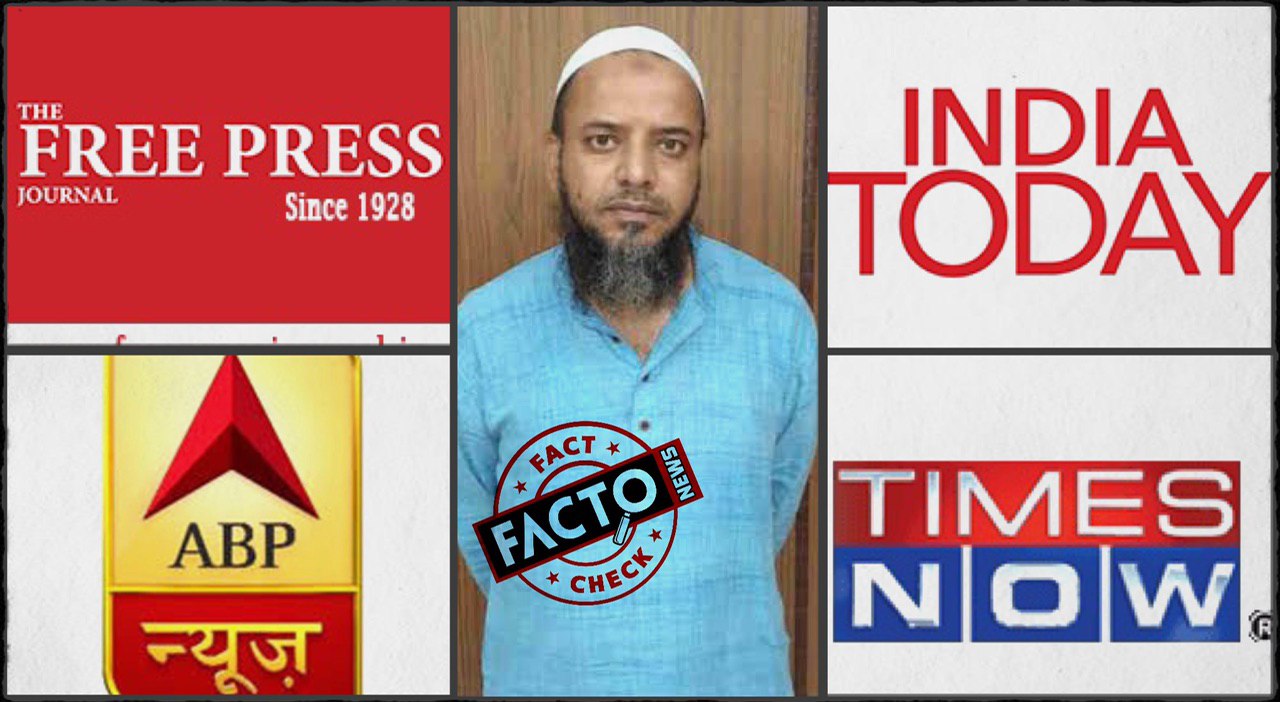 New Delhi: Delhi riots started on 23rd FEB and continued till 29th FEB. Reports say that the riots have taken more than 50 lives. The riots started when Anti-CAA protests and Pro-CAA protests were at a peak stage across the city. Delhi police have been arresting several people in relation to the riots and for making provocative speeches. Khalid Saifi one of the founding members of United Against Hate was also arrested by  SIT in a case related to Chand Bagh violence. 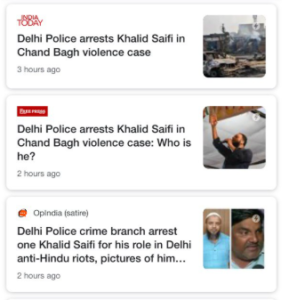 ABP news covered this story, at 0:31 we can hear the reported is saying Crime Branch has arrested Khalis Saifi for Chand Bagh violence. 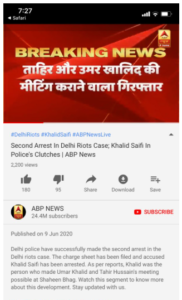 Sharing few of his pics for an even better perspective of the company he keeps!#DelhiShouldKnow pic.twitter.com/sPunHH1Rcs 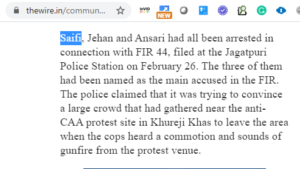 Journalist Aditya Menon has also tweeted about Khalid Saifi’s arrest on 26th Feb 2020, we found a video on YouTube when Khalid was taken into custody on 26th FEB.

The arrest of Khalid Saifi is blatantly illegal and nothing but an attempt by this cowardly regime to impose collective punishment on Muslims.

We won't give up without a fight. #IStandWithKhalidSaifi

A post made by United against Hate page, where Khalid is a founding member, clearly states that he was booked in a third FIR on Sunday. They also mentioned he was first picked on 26th FEB.

So why Khalid Saifi is in news again?

When Times Now misreports in the tweet, in a video posted on their channel we can hear reporter Priyank narrates the real story. At 1:05 he says the Khalid was arrested earlier and Delhi Police has taken him under police custody, but the recent development is he was taken into custody by Crime Branch yesterday in Chand Bagh riot case.

#FakeNewsAlert
Not JUST arrested.
1. Khalid Saifi was arrested on Feb 26 from Khureji.
2. On Mar 12, he had broken legs, was in a wheelchair in court. Tortured in police custody.
3. Not spoken to family for 2 months. @DelhiPolice slaps yet another case to prevent his release. https://t.co/8PZvf6zMHr

Conclusion: According to all evidence and media reports, we conclude that the Khalid was already in Police custody, and his bail was also rejected on the 8th of May. On Sunday(7th June) he was just got booked in another FIR.