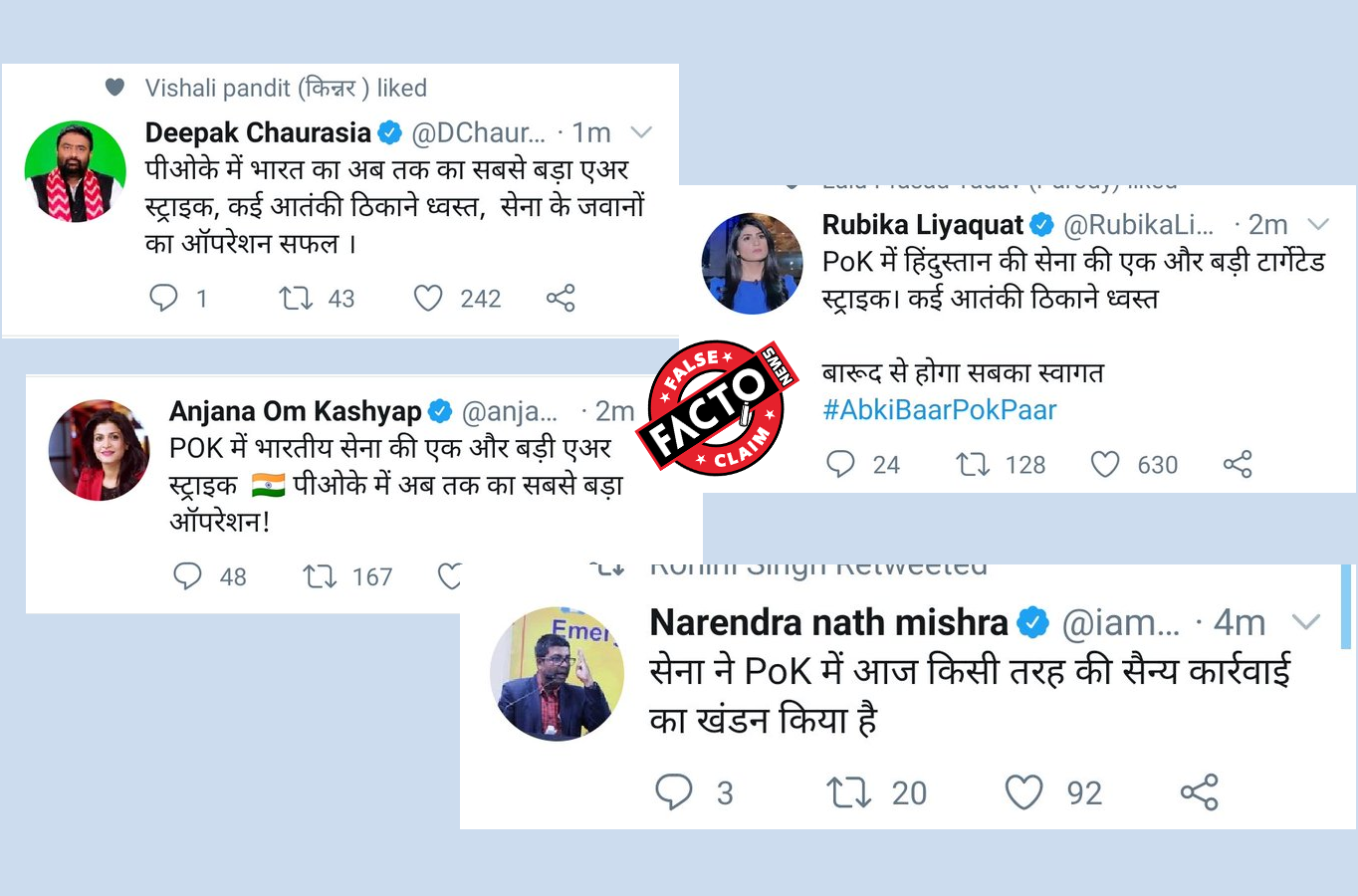 Several media agencies today, citing a report by Press Trust of India (PTI) and govt. sources have published and broadcasted news claiming that the Indian army has carried out an airstrike in PoK (Pakistan Occupied Kashmir). Times of India citing govt. sources published an article, “India carries out ‘pinpoint strikes’ on terror launch pads in PoK: Govt sources” claiming that heavy damage was inflicted on terror camps in PoK. India Today, Times Now,  Amar Ujala, Dainik Bhaskar, and Dainik Jagran are some other agencies that have published similar reports. 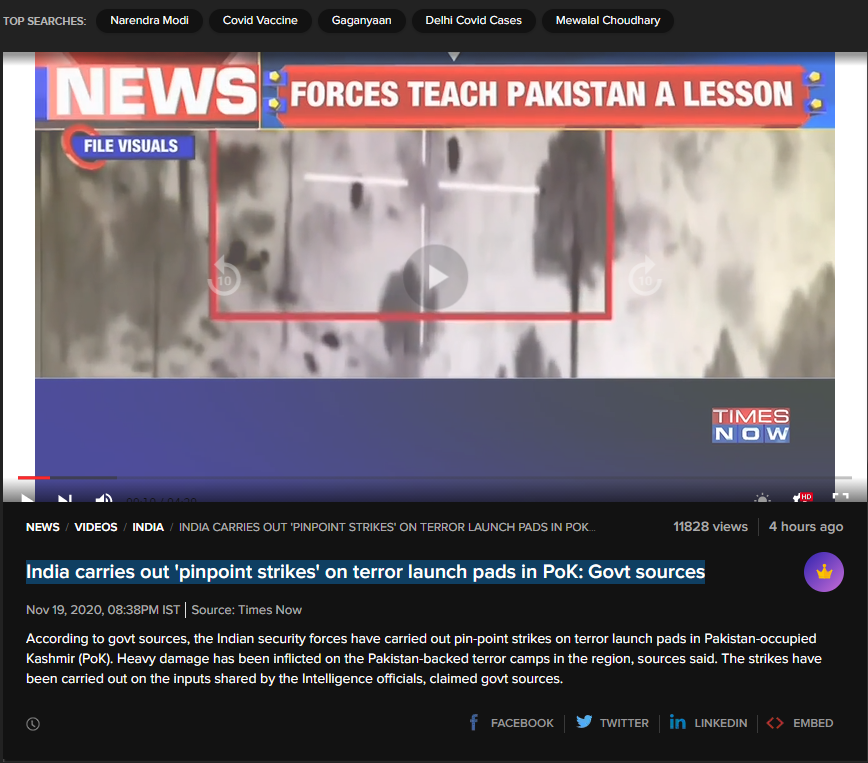 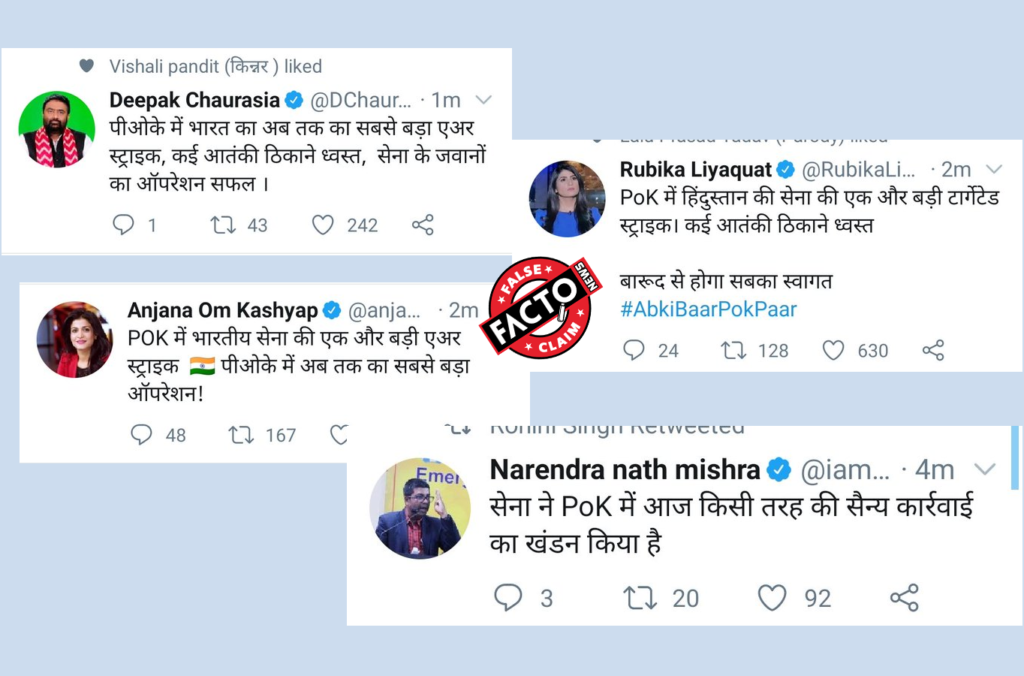 Press Trust of India on Thursday reported a story which stated, “The Indian Army is carrying out “pinpoint strikes” on suspected terror launchpads inside Pakistan-occupied Kashmir in response to Pakistani military’s unrelenting efforts to push a maximum number of terrorists into India before the onset of harsh winters, sources in the security establishment said on Thursday. The ‘deep state’ in Pakistan has tried to manage a fine balance between escaping the scrutiny by global anti-terror watchdog FATF and supporting terror at the same time with an aim to fuel unrest in Jammu and Kashmir, they said.”

Following the report by PTI and several other agencies, the Indian Army has clarified in a statement that no firing or ceasefire violation has happened on Thursday. The army also further clarified that, “The PTI story is based on analysis of the Ceasefire Violations (CFV) that took place on November 13. It is clarified that there has been NO firing or CFV in LC today”.  ANI has also tweeted the same stating that no firing has happened across the Line of Control today.

There has been no firing across the LOC today, clarifies Indian Army pic.twitter.com/isiS5ayIxe

Conclusion: Based on the statement by the Indian Army, there has been no firing or airstrikes across PoK today. Whiles some of the journalists have clarified their mistakes, others just deleted their previous posts.