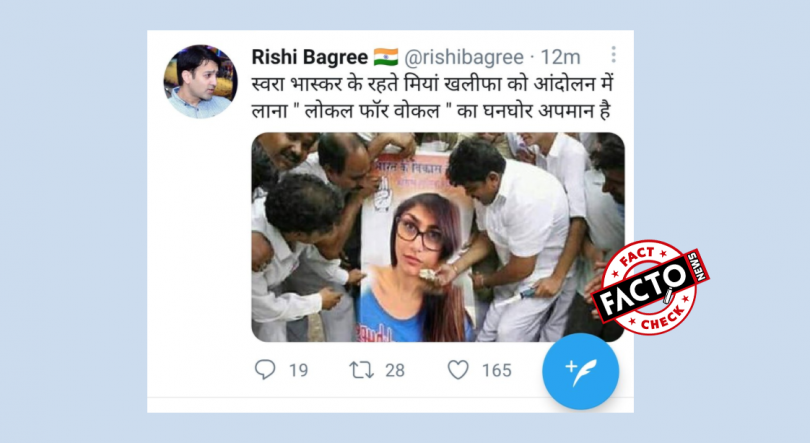 Indian farmers have been protesting against the three farm laws passed by Modi govt last year. After violence broke out during the Tractor rally on Republic day, Internet services were suspended in the areas where farmers were protesting. Global artist Rihanna, climate activist Greta Thunberg, former adult movie star Mia Khalifa and many other celebrities have expressed their grief over the situation and tweeted in support of Indian farmers’ protest. The Ministry of External Affairs issued a statement denouncing ‘international instigation’ to farmers’ protest with a hashtags #IndiaTogether and #IndiaAgainstPropaganda. And many bollywood celebrities and cricketers took to social media on Wednesday urging the country to stand ‘united’ as the ongoing farmers’ protest now has international attention.

What in the human rights violations is going on?! They cut the internet around New Delhi?! #FarmersProtest pic.twitter.com/a5ml1P2ikU

However,  the intervention of these celebrities wasn’t quite received well by the right-wing community. They were mocked, criticized and slutshamed by right-wing trolls. On Feb 4, BJP leaders from United Hindu Front have burned posters of Rihanna, Greta Thunberg, Meena Harris and Mia Khalifa. The right wing trolls have started bombarding social media with a plethora of fake/misleading news about these celebrities. An  image of  Congress leaders with Mia Khalifa poster in their hands and cake with “Love you Mia” written on it is going viral across social media now. 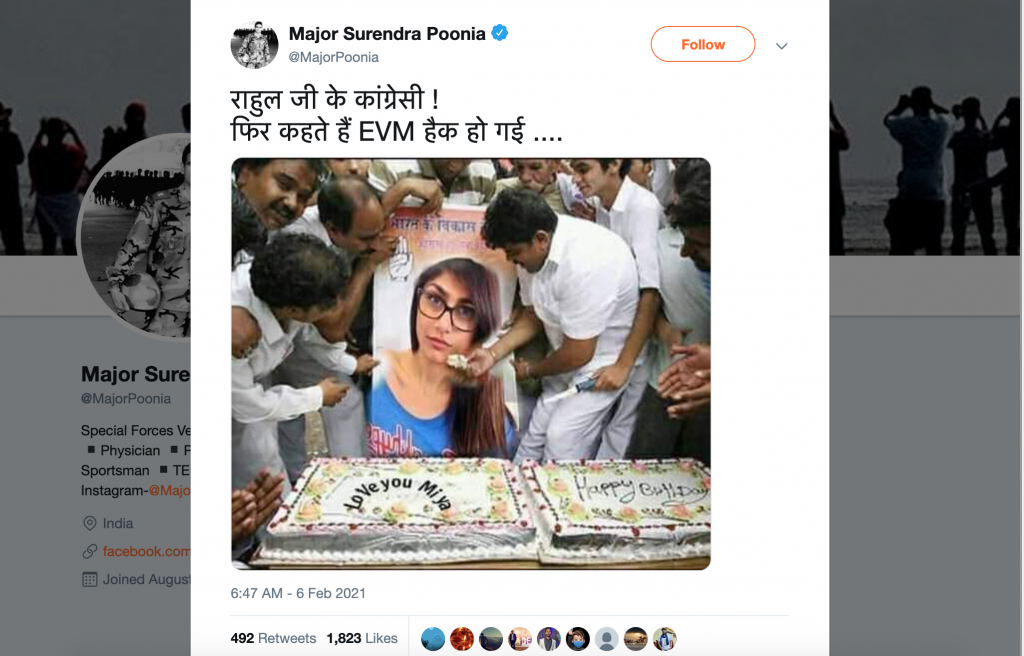 Serial fake news peddler and BJP sympathizer, Rishi Bagree also tweeted the photo but deleted it immediately after people told him the photo is edited. 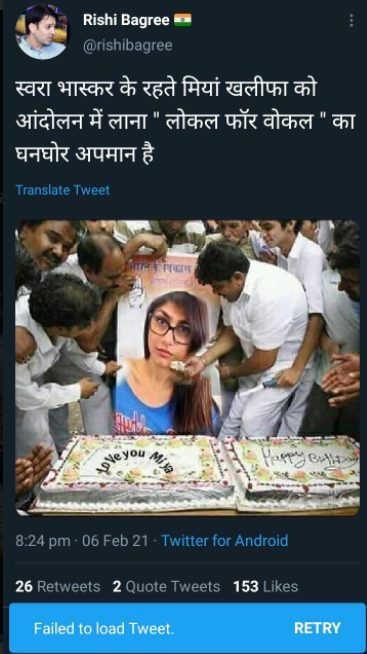 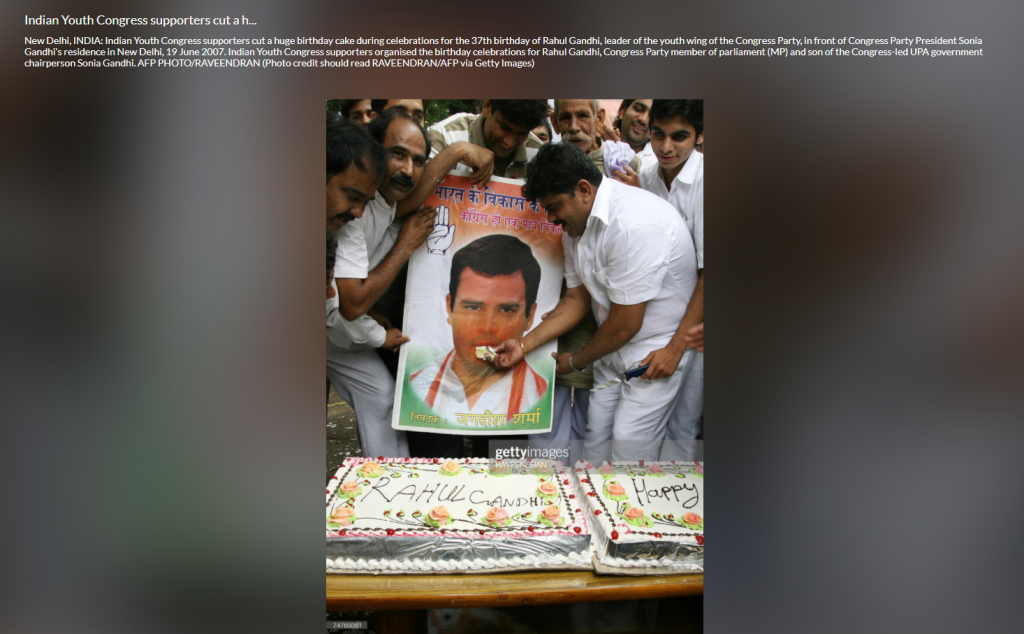 It is evident that a picture from Rahul Gandhi’s 37th birthday celebrations is morphed with Mia Khalifa’s to establish fake connections of the latter with the Congress party. The right wing troll army are trying very hard to establish Khalistan and Pakistan connections to these celebrities and discredit them. FactO News has debunked a similar fake news, where Rihanna’s picture was morphed with a Pakistan flag in her hand.