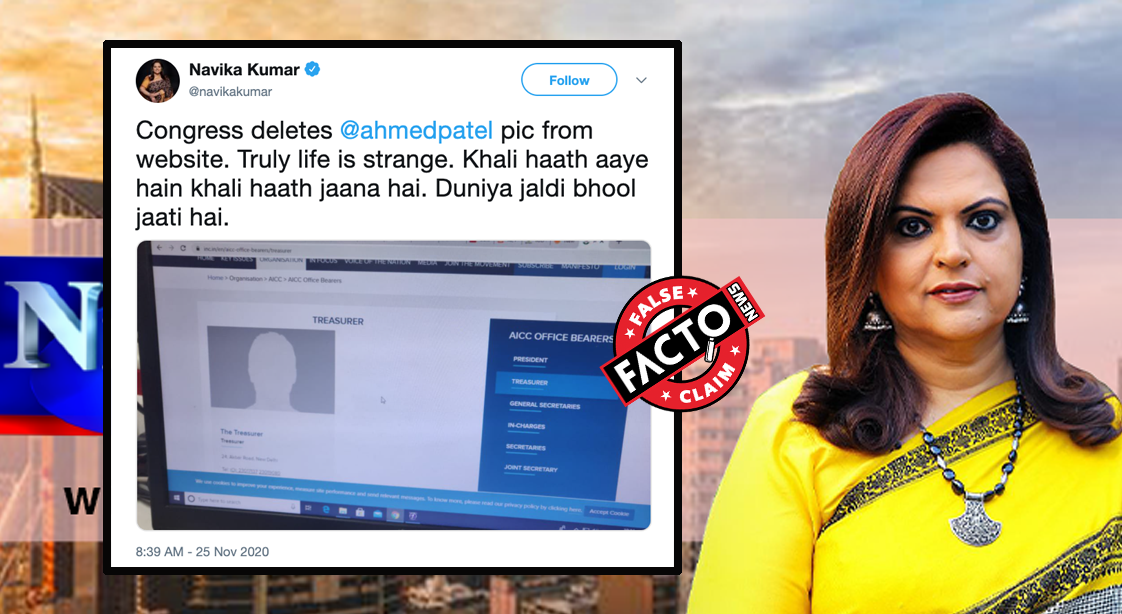 Indian National Congress party veteran leader and Rajya Sabha MP Ahmed Patel passed away due to multiple organ failure on Wednesday. Ahmed Patel, the trusted aide to Sonia Gandhi was undergoing treatment for more than a month after he tested positive for Covid-19. The untimely demise of the veteran leader shook the party. Prime Minister Narendra Modi, Amit Shah, Sonia Gandhi and several other leaders have condoled Patel’s demise.  Navika Kumar’s (editor/journalist of Times Now) latest tweet about Ahmed Patel has created a stir in social media. Navika Kumar posted a picture supposedly taken from the Indian National Congress party’s website and claimed the party has now deleted the picture of Ahmed Patel from their website. 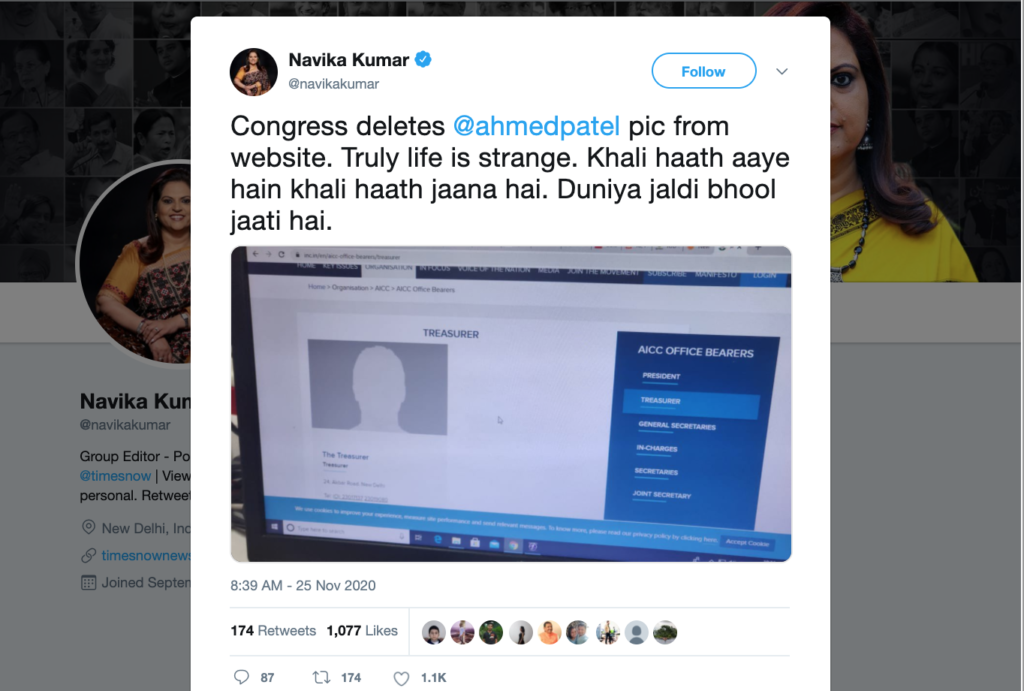 The picture is supposed of a computer monitor which displays the Indian National Congress party’s website and its treasurers. The viral tweet has garnered over 100 retweets before got deleted. The image was followed by some philosophical speech which roughly translates to, “We have come empty-handed and will leave empty-handed, the world quickly forgets”. Please see the tweet here

When Navika Kumar posted the tweet, many users in the comment section proved her wrong by posting the screenshots of the INC’s website which still has Ahmed Patel’s picture as the treasurer. One can see the same in INC’s website here. 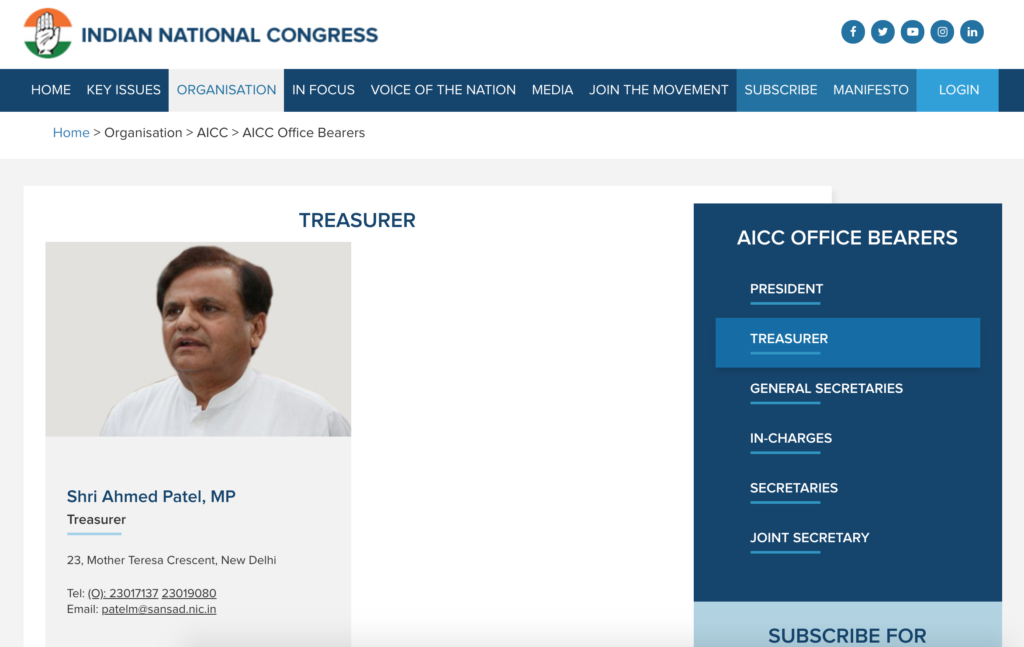 Facing a backlash for her untimely and immature tweet, Navika Kumar has deleted the post and tweeted an explanation that when she saw the website, she couldn’t find the pic.

People why abuse me? When I saw website & screenshot is attached I didn’t find his pic. If it’s still there it’s good. Pareshaan kyun ho bhai log?

Conclusion: Navika Kumar’s claim is fake, misleading, and utterly baseless. Sometimes photos on the website take a while to load. This is a very common problem and depends on the site loading speed too. There could be other reasons too. If only Navika Kumar have patiently waited to refresh the page or check it from other devices, she could have escaped this embarrassment. Even though the follow-up tweet was intended for damage recovery, the last line, “Pareshaan Kyun ho Bhai log?” destroys the sole purpose and clearly shows the lack of responsibility from a renowned journalist. Of course, people would be anxious Navika ji, you are a journalist, they expect you to report facts, not gossips.