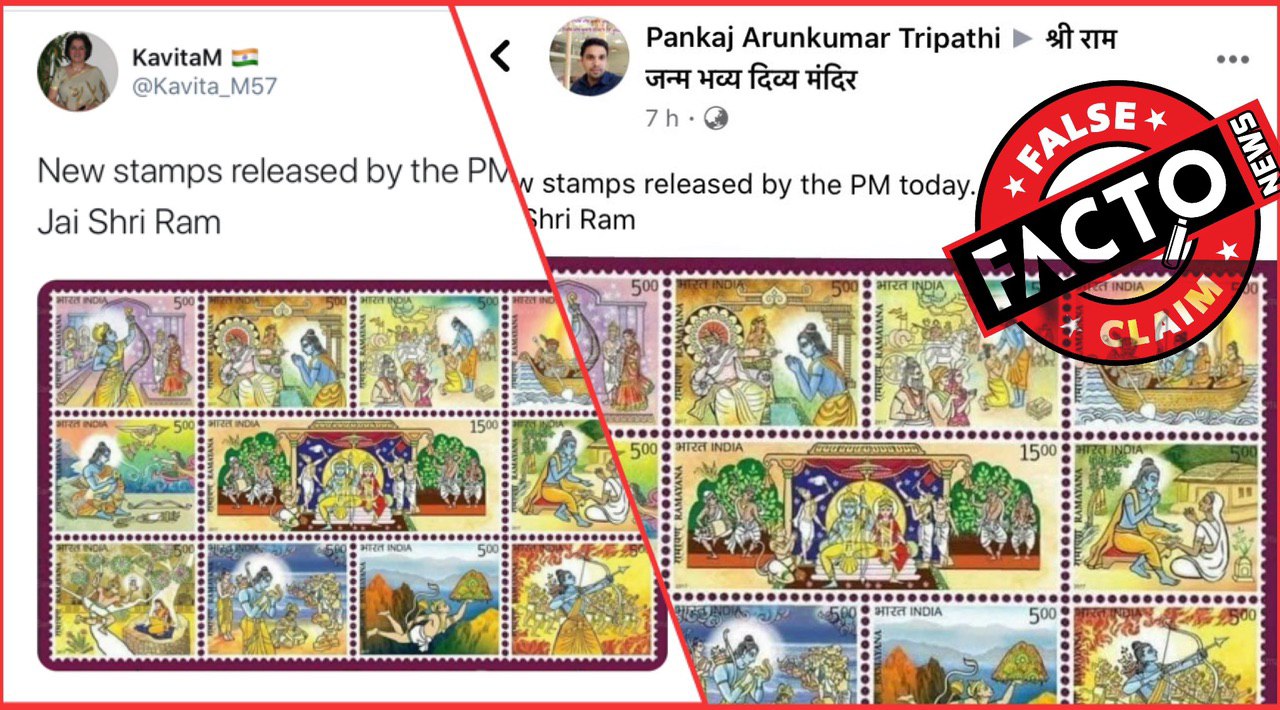 New Delhi: A photo of India postage stamps on Lord Ram is going viral across social media. A tweet posted by KavitaM a twitter user, followed by PM Narendra Modi, posted the picture of Indian postal stamps with the caption “New stamps released by the PM today. ” on the 24th of July. So far the tweet has received over 1400 RT and 5K likes. 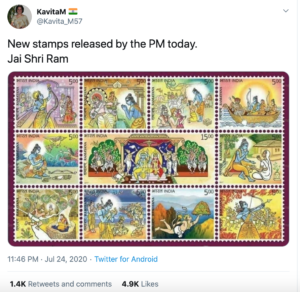 This is also tweeted by other users. Please find them here. We also found the claim viral on Facebook with the same caption.

More such posts can be found here.

It’s true that India Post has Postal stamps on Lord Ram, but that was not launched recently by PM Narendra Modi. With a simple keyword search, we found a govt website link with the announcement of launching stamps on ‘RAMAYANA’ published on 22nd SEP 2017. 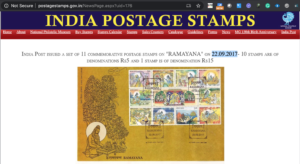 We also found tweets by BJP official handle dated back to 22nd Sep 2017 about PM Modi releases postal stamps on Ramayana in Varanasi. While launching these stamps, “There have been many stamps on Lord Ram, but this is the first of its kind stamp, which depicts different aspects of his life,” PM Modi said.

There are multiple news articles published by multiple media houses in 2017 on the same. NDTV, DNA News. 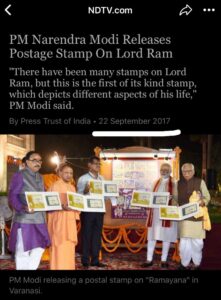 Conclusion: Viral claim posted by KavitaM (who’s followed by PM Narendra Modi) is found to be misleading The stamp was launched in 2017 and not in this month.

ClaimReview:New stamps on Lard Ram was released by the PM today.