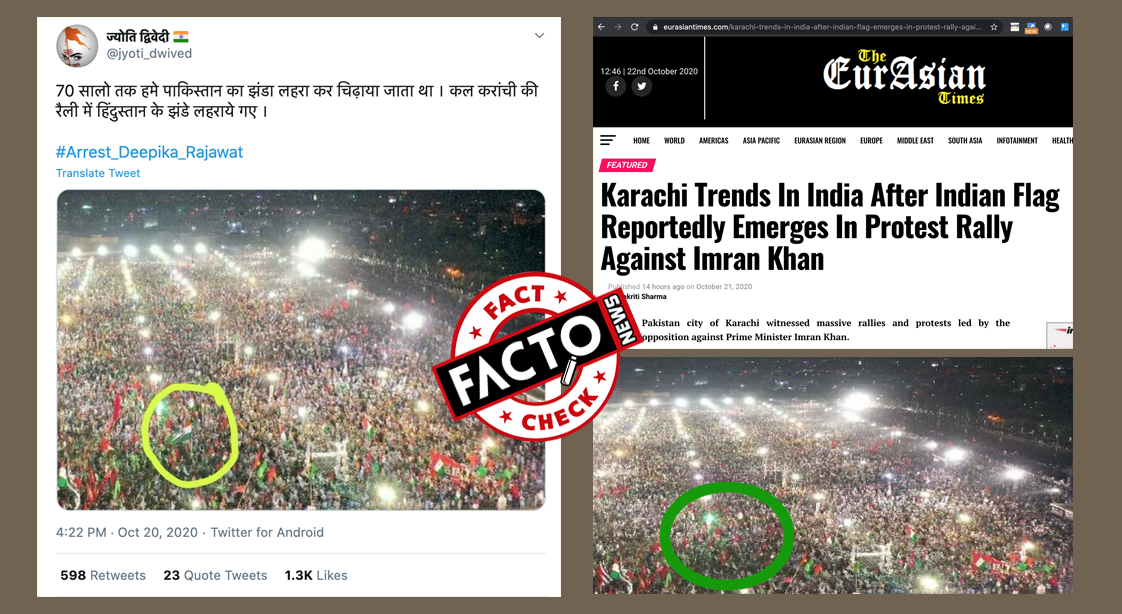 Karachi: An image from anti-government protest in Karachi, Pakistan is going viral across social media with a claim that the Indian flag was waved in Pakistan in a protest against the current government. A Twitter user @dixit_purva shared the photo with the caption “70 सालो तक हमे पाकिस्तान का झंडा लहरा कर चिढ़ाया जाता था। कल करांची की रैली में हिंदुस्तान के झंडे लहराये गए।” (We used to wave Pakistani flag from past 70 years, yesterday Indian flag was seen in Karachi in anti-govt protest. ) 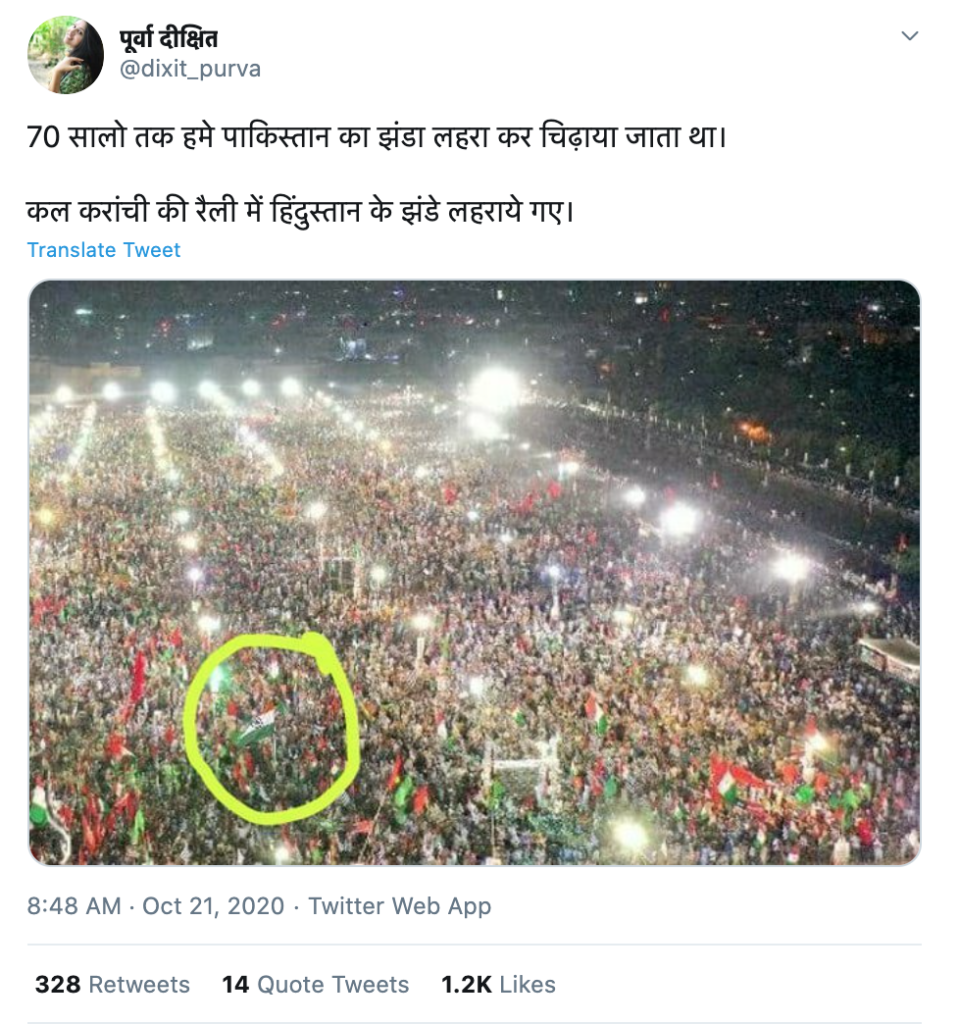 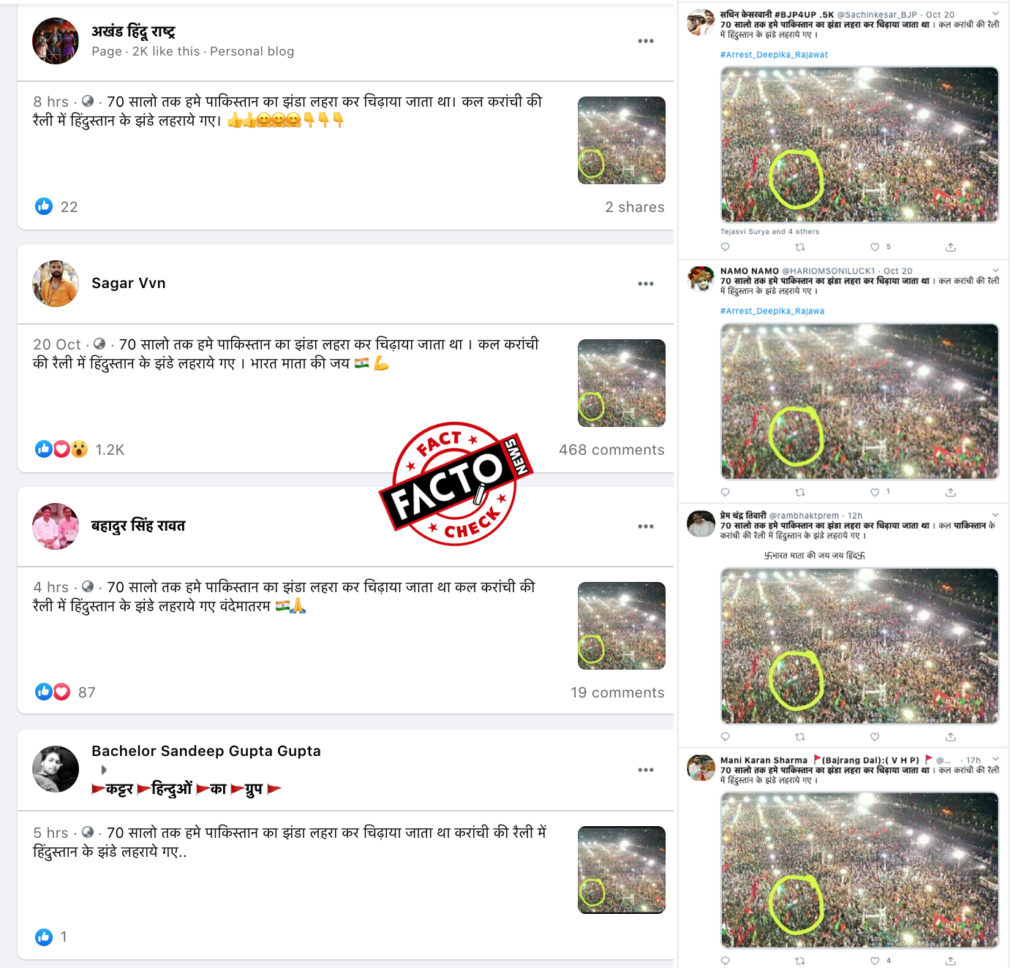 The Eurasiantimes website has also covered this story. The article published in the portal with a claim, “Karachi Trends In India After Indian Flag Reportedly Emerges In Protest Rally Against Imran Khan”. 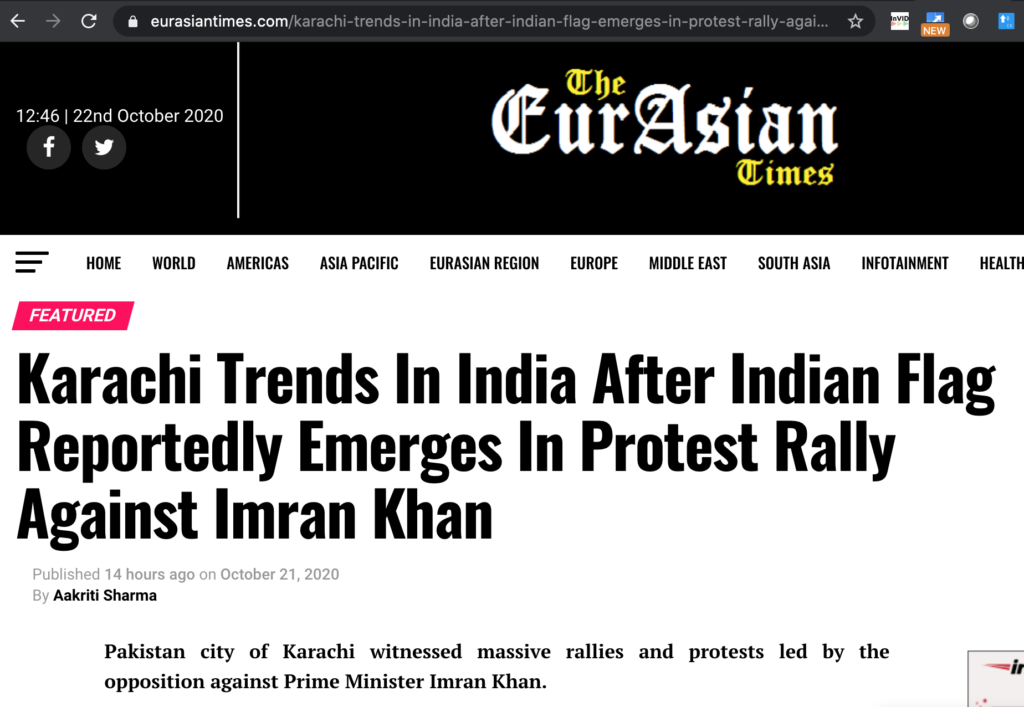 We did a reverse image search of the viral photo from Karachi Anti-government protest and found an article from newsclick.in that covered the protest and published the same image. The article’s caption reads as, “Huge Pak Opposition Rally Targets ‘Incapable and Clueless’ Imran Khan”. We can’t see the Indian flag in the feature image of the Newsclick article. We did a reverse image search to find the source of the photo and found a similar photo posted by “Jamiat Ulama-e-Islam Pakistan” on the 18th of October. 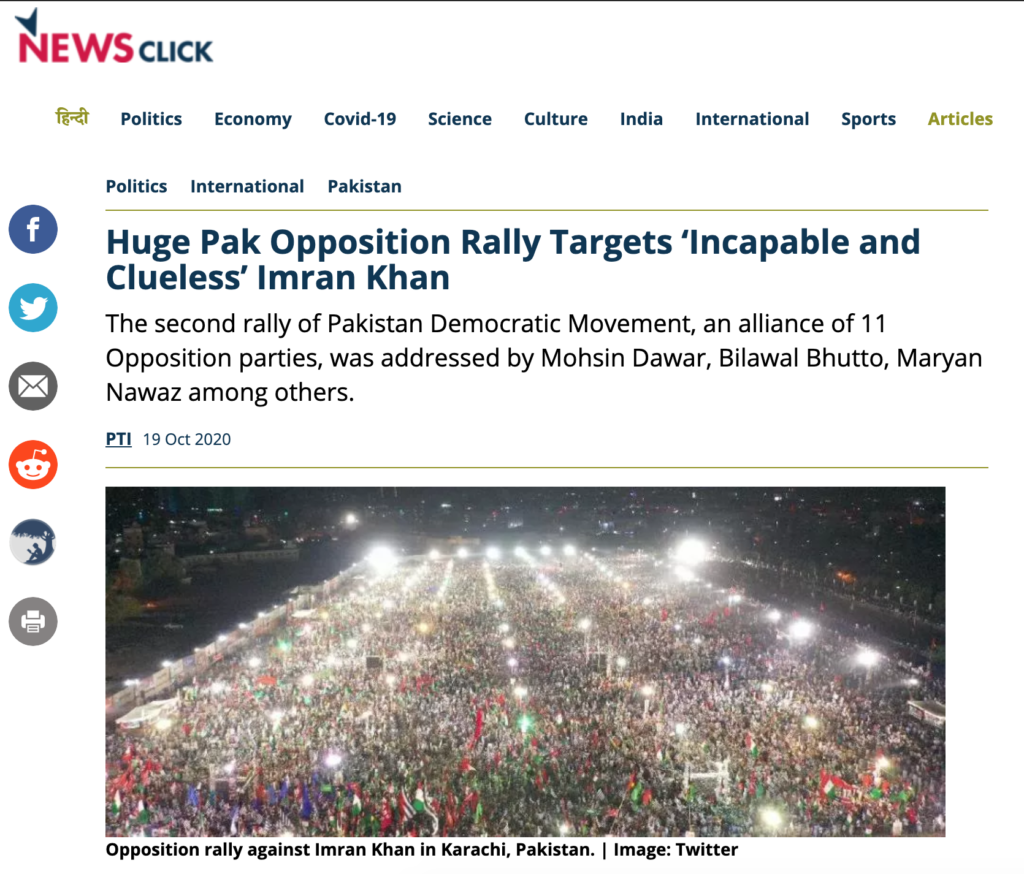 We compared the viral photo with the NewsClick website’s photo.

Image (Used in viral claims) on Top: Please refer to the Green Flash Light(Pointed by Green Arrow). We have highlighted the spot with a bright Yellow circle, where the Indian flag was edited.

Original Image below: Now please refer to the original image below the edited image. There is no Indian flag in the bright Yellow circle. We have also highlighted two spots (of same locations) in both the images with a Black and Red rectangular boxes to prove that one of them was edited. 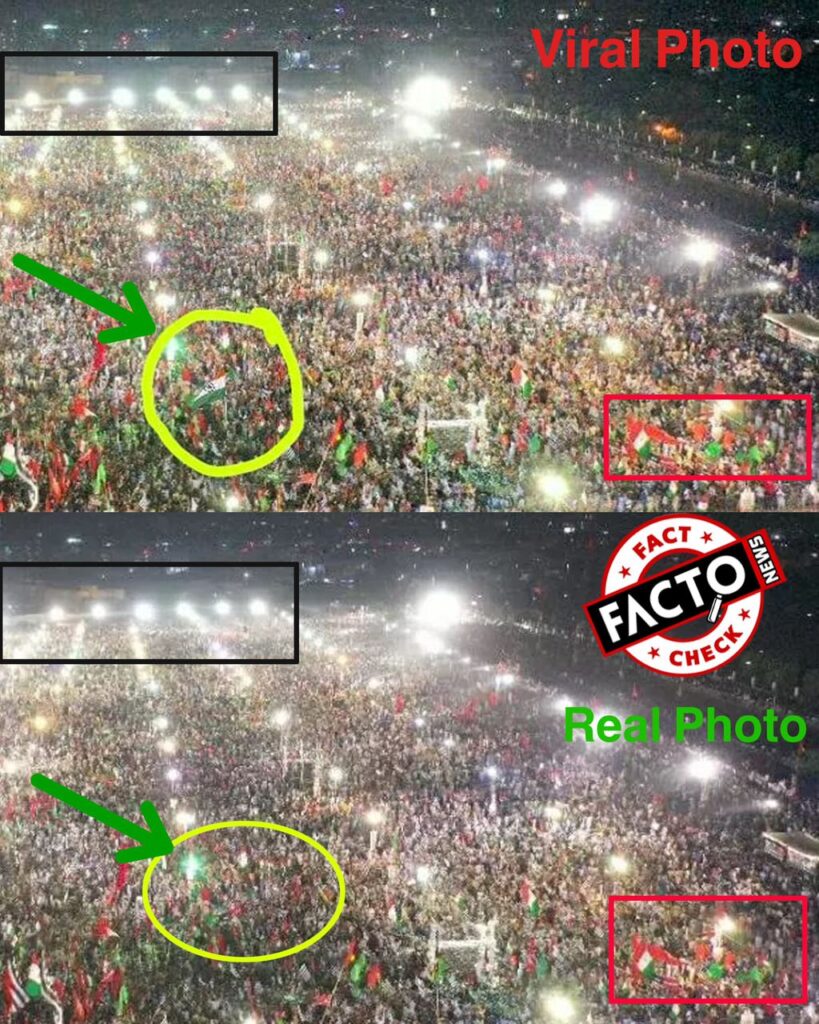 Conclusion: After comparing the Viral photo and Real photo, it’s clear that Indian flag wasn’t waved in the Karachi Anti-government rally. The original photo was edited. The above claim is false and misleading.