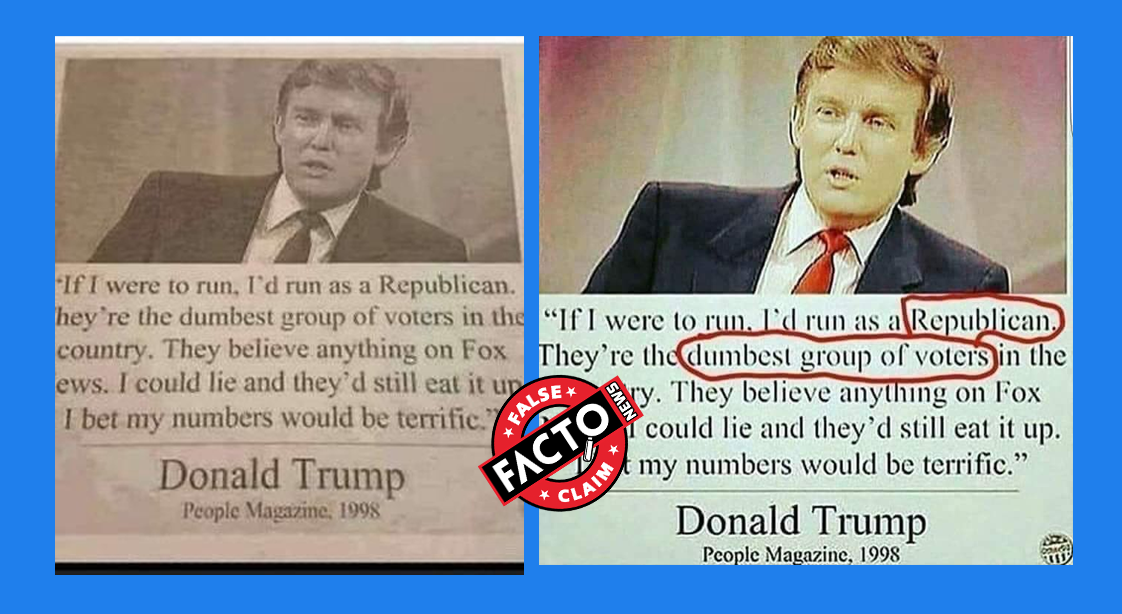 As the world awaits for United States’ election result, a lot of misinformation and fake news is surfacing on the Internet about Mail-in-ballot votes and counting procedures. The President Donald Trump at one point declared himself as the winner and became a source of serious misinformation/fake news. Meanwhile, an old image of Trump with a quote attributed to him is going viral across social media. The quote reads as, “If I were to run, I would run as Republican. They’re the dumbest group of people in the country. They believe anything on Fox News, I could lie and they’d still eat it up, I bet my numbers would be terrific”. The viral image claims that Donald Trump has made the above  statement in an interview given to People Magazine in 1998. 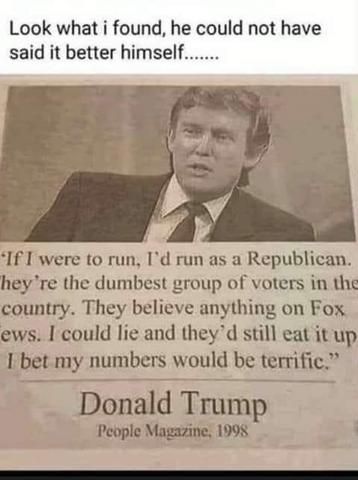 A twitter user @ThatDamnNate_ has shared the viral image which has got over 32K retweets.

With keyword searches on Google, we found the claim was fact-checked by Snopes.com (Fact-checking site) in 2015. This image was also viral in 2015 when Trump was announced as the presidential candidate for the Republican party. According to a fact check published by Associated press in 2019, a People magazine spokeswoman told the Associated Press that the magazine looked into the claim exhaustively when it first surfaced years ago but did not find anything remotely like it made by the president.

According to another article published by Huffpost in 2015, Oprah Asked Donald Trump in 1998 in a talk show, If He’d Ever Run For President. He replied, “Probably not,” Trump responded. “But I do get tired of seeing the country get ripped off… I just don’t think I have the inclination to do it.”

Conclusion: This is a 5-year-old misleading and false claim which has resurfaced. This has already been fact-checked by AP, Snopes, Reuters.