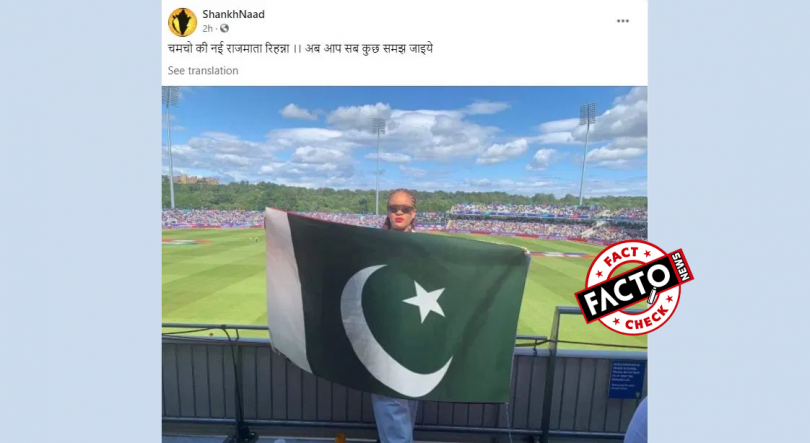 Singer and actress Rihanna on Tuesday in support of farmers protest tweeted CNN’s article, “India cuts Internet around New Delhi as protesting farmers clash with police” with a caption, “Why aren’t we talking about this?! #FarmersProtest“.

why aren’t we talking about this?! #FarmersProtest https://t.co/obmIlXhK9S

The tweet has garnered over 300k retweets and 700k likes. Instagram Celebrity Amanda Cerny, climate activist Greta Thunberg and several other celebrities have also raised their voice in the support of farmers’ protest. Rihanna’s tweet has received mixed reactions from the Indian community. Actress Kangana Ranaut took the initiative to slam Rihanna over her tweet. In a series of tweets, juxtaposing her pictures with Rihanna’s, Kangana took a dig at Rihanna calling her fool and compared the protesting farmers as terrorists.

No one is talking about it because they are not farmers they are terrorists who are trying to divide India, so that China can take over our vulnerable broken nation and make it a Chinese colony much like USA…
Sit down you fool, we are not selling our nation like you dummies. https://t.co/OIAD5Pa61a

Meanwhile, the right wing troll army has started their work. While Kangana was busy slamming Rihanna, right wing trolls have started bombarding social media with fake news about Rihanna. A photoshopped picture of Rihanna holding Pakistan flag in a stadium is viral on social media with a false claim that she is anti-India. BJP Yuva Morcha leader from Uttar Pradesh, @AbhishekBJPUP tweeted this viral image from his account and said, “चमचों की नई राजमाता 😀😀..” The viral tweet has more than 750 retweets. 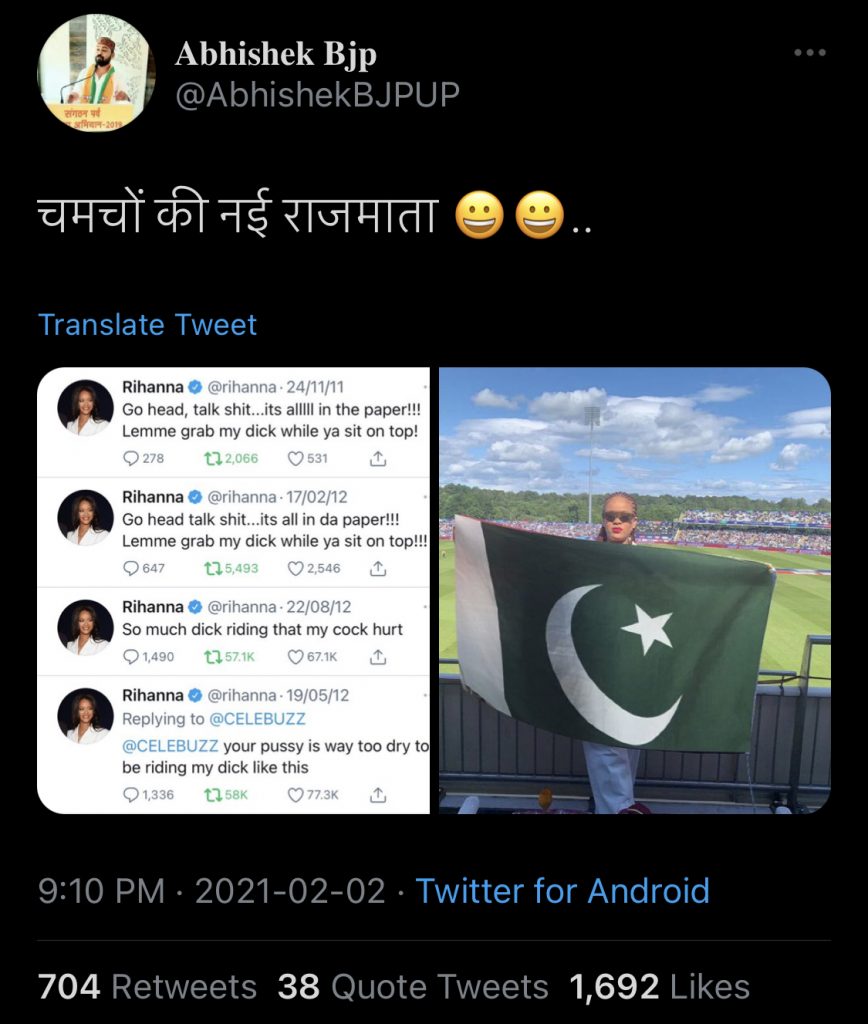 FactO Check: A simple reverse image search of the viral image has directed us to tweets by ICC.

Look who's at #SLvWI to Rally 'round the West Indies!

During the West Indies vs Sri Lanka World Cap match on July 1, 2019,  Rihanna attended to support the West Indies team. The International Cricket Council (ICC) has tweeted the original picture with a caption, “Look who’s at #SLvWI to Rally ’round the West Indies! Watch out for @rihanna’s new single, Shut Up And Cover Drive 😉 #CWC19 | #MenInMaroon”

Conclusion:
The picture of Rihanna holding a Pakistan flag is morphed. The original picture was taken during the 2019 Cricket World Cup, West Indies vs Sri Lanka match.