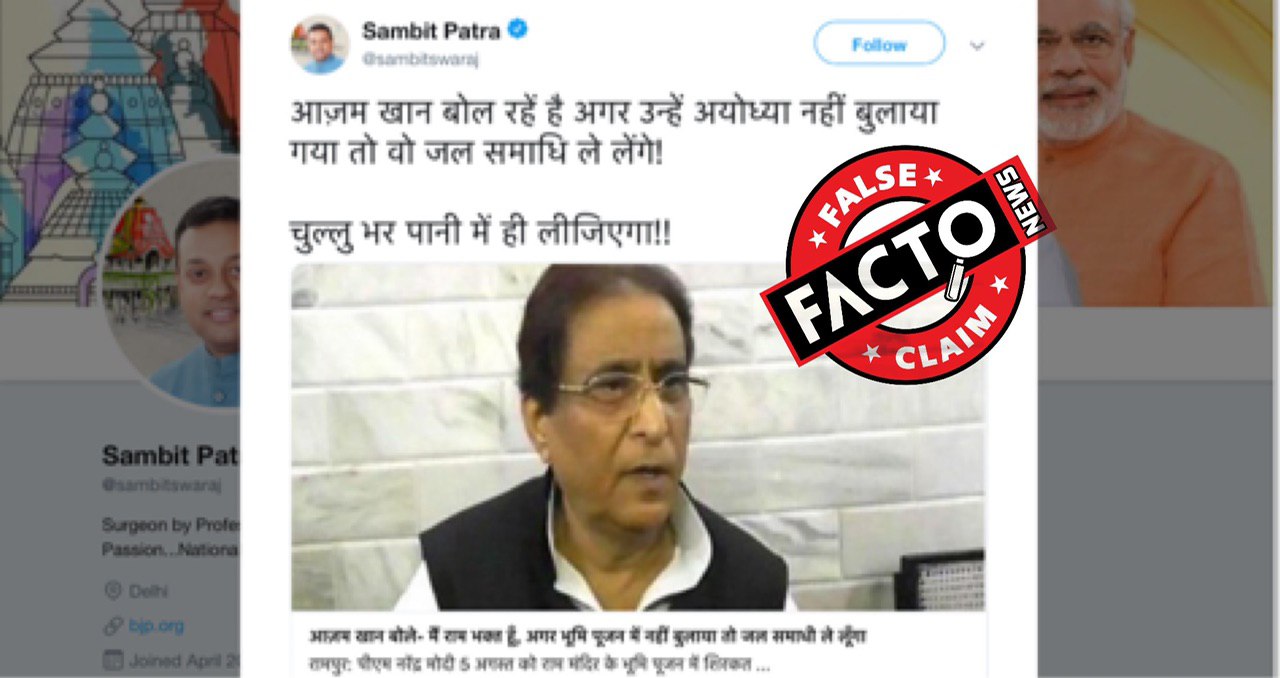 Uttar Pradesh:  In a landmark judgment on 9th of November 2019, Supreme Court has ordered the Government of India to create a trust to build Ram Mandir on the disputed site in Ayodhya. PM Modi is supposed to lay the foundation stone on 6th AUG. According to the sources, there are about 200 VVIP guests, invited to be part of this event. Amidst this, Mr. Sambit Patra shared news published by News Track Live with the caption “आज़म खान बोल रहें है अगर उन्हें अयोध्या नहीं बुलाया गया तो वो जल समाधि ले लेंगे!” (Azam Khan is saying he will take Jal Samadhi if not invited for Ram Mandir foundation day on 6th August). (Archive) 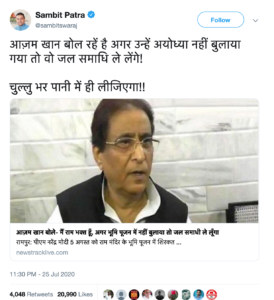 The same link was also posted on his Facebook page(Fan Page), which got 3k shares and 23k likes. 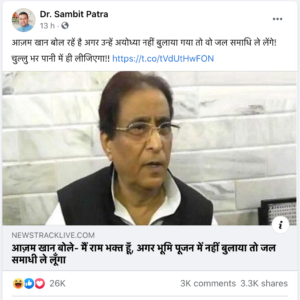 The news which was published by News track live had quoted wrong Azam Khan’s photo to the link which went viral over social media and WhatsApp, whereas the news portal has now updated the correct photo on their article.

Mr Sambit Patra has also made a clarification tweet, saying “Looks like this news link has published an article on different Azam Khan”. But being a spokesperson of a National Party he should’ve verified the news before pushing it to his audience.

So with all the above tweets and details, we have come to the conclusion that it’s not Samajwadi Party’s Leader Azam Khan who made this statement as claimed by Sambit Patra and the news portal, but the question is who is the man who made this comment?