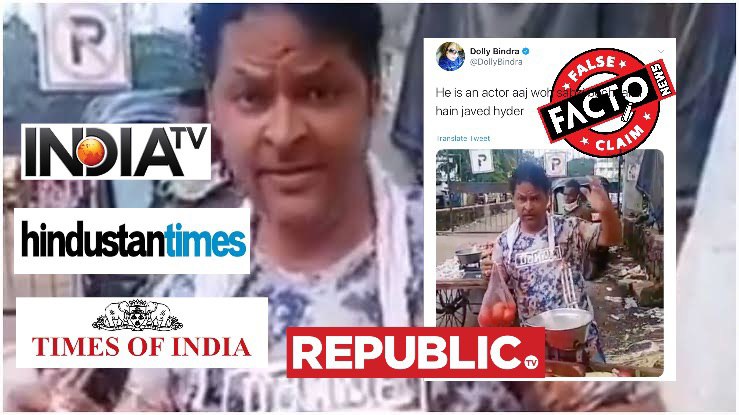 Mumbai: Bollywood, one of the biggest industries in India,  has also suffered huge losses due to lock-down in Mumbai for the past 3 months. While most of the daily wagers working in Bollywood are struggling to meet their needs, some stars are using this time to spend with their families.

Recently, a video was viral on social media with the claim that Actor Javed Hyder, who has worked with Bollywood stars like Amir Khan is struggling to make his end meets. It was also claimed that actor has started to sell vegetables to support his family. Former Big Boss contestant Dolly Bindra has shared a video claiming that the actor is forced to sell vegetables to support his family. 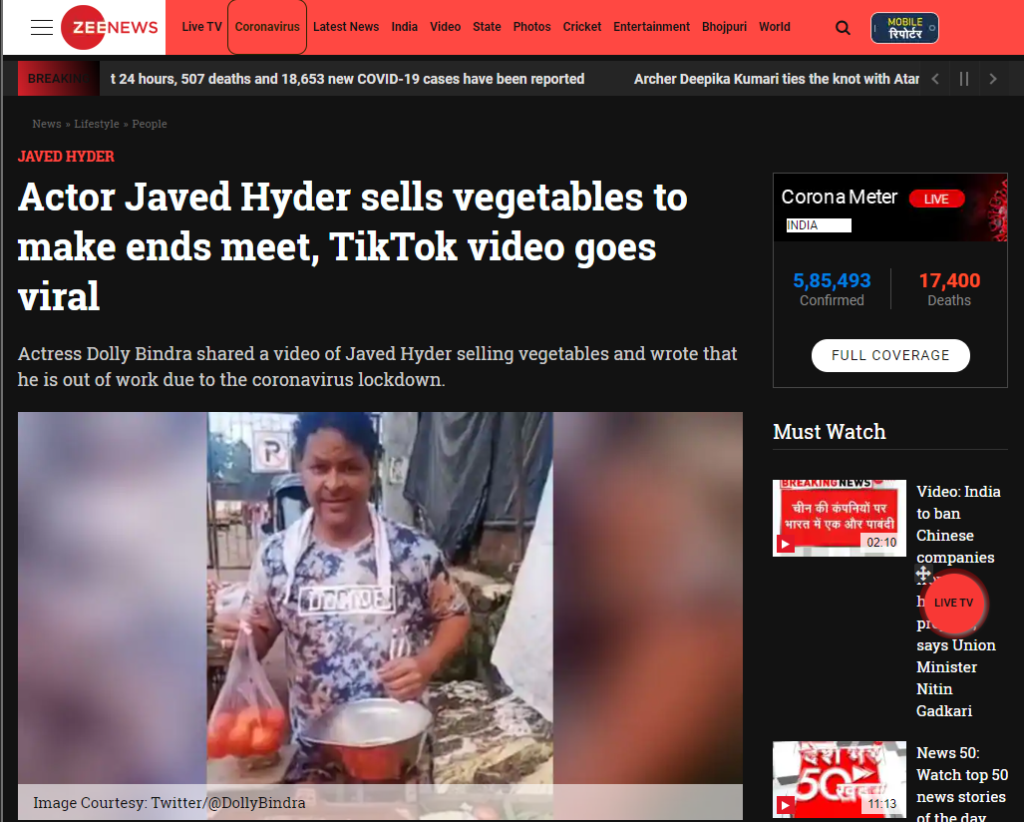 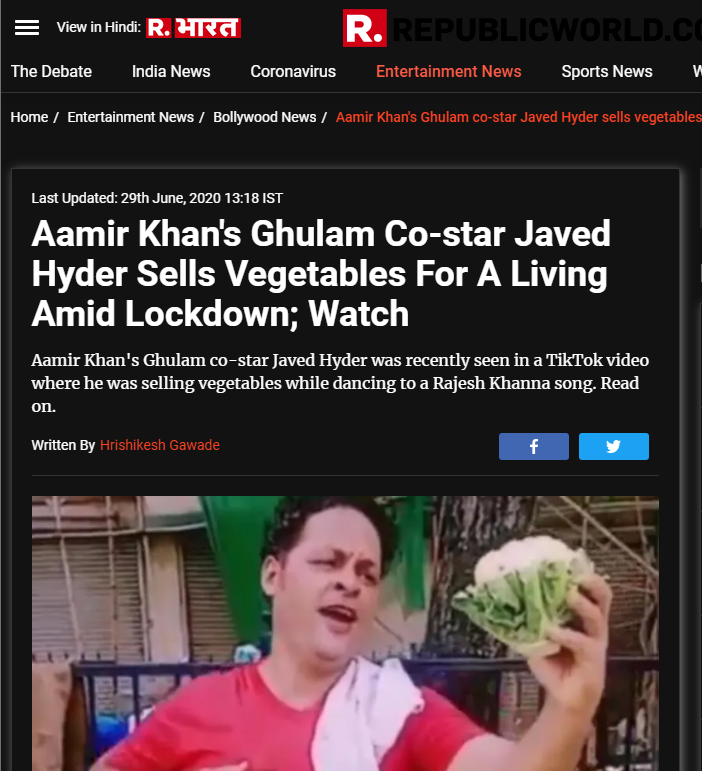 As we received several requests to fact check this claim, we did some web search and found that Quint has already debunked this fake news. According to Quint:

I Am Not Selling Vegetables for a Living’: Javed Hyder
“I recently joined TikTok and made a few videos as a vegetable seller, to motivate people,” Javed Hyder told The Quint.

“By god’s grace, I am not selling vegetables to earn a living. I downloaded TikTok and posed as a vegetable seller for a video that was widely shared and appreciated by people. When I made another video, Dolly Bindra shared it claiming that I have no work, due to which I am selling vegetables to make ends meet. This is not true.”
Javed Hyder, Actor

We also found an article from Bollywoodlife.com. BollywoodLife quoted a report in which Javed said, “No, I am not a vegetable vendor. I am an actor by profession even now. The entire selling vegetable video was just an act and I had made that TikTok only to motivate my followers that one should not give up when times are tough and that no work is small or big. I had no idea that it would go out with this message. Dolly Bindra ji had shared the video on her social media handle stating that I’m selling vegetables now and I had even commented that it was only an act and nothing more, but I think people didn’t notice it and the video went viral overnight.”

Conclusion: So, the viral video with the claim that actor Javed Hyder is selling vegetables in lockdown is false and misleading. It was just an act he did for tik-tok before it was banned.

ClaimReview: Due to lockdown Actor Javed Hyder is selling vegetable