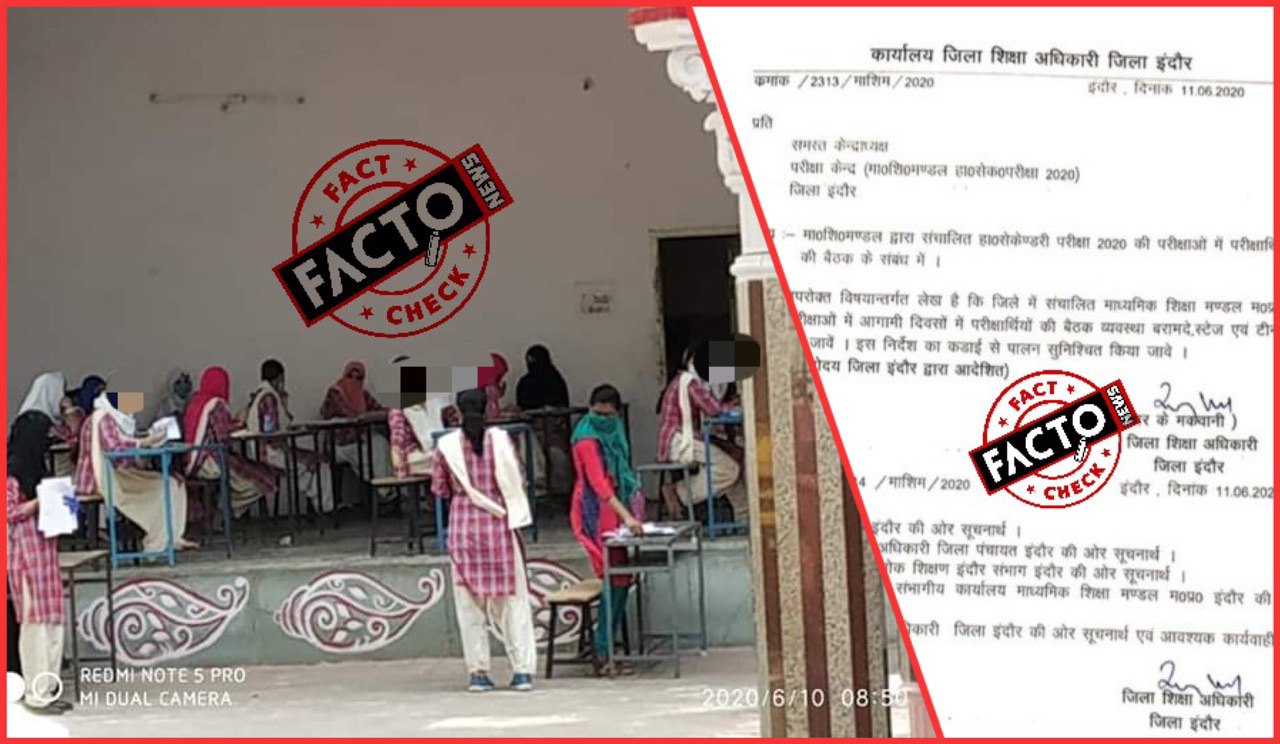 Indore(MP): Class XII board exams were resumed on 9th June in Madhya Pradesh. A Bengali school located at Naulakha in Indore which was a center for the Class XII examination made headlines for discriminating against the students attending the examination on religious grounds.  National Herald, Mumbai Mirror, and many news agencies have reported this incident.

Class XII examinations in Madhya Pradesh, initially started on 2nd March was expected to be completed by 31st March. But due to the COVID-19 Lockdowns, the exams were deferred. As Unlock-1 relaxation started on 8th June, the board resumed the exams from 9th June. 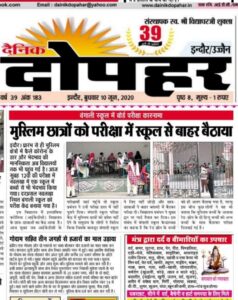 A news portal by name clarionindia.net published an article on 10th June with heading “Indore: Muslim Students Taking Class 12 Exams Made to Sit Outside in Heat”.

We have received requests from a lot of users to verify this news. We spoke to Dr. Aminul Khan Suri, the first to raise this matter to the school and district administration.  A Congress MLA, Arif Masood has also written to Chief Minister Shivraj Singh Chouhan expressing concern over the matter.

We spoke to Dr. Aminul Khan Suri and here is what he said, “Exams were started from 9th June and no students were seated separately. This started on 10th June on a Bengali school which was a center for 3 schools- Sita Devi, Asian, and Islamia Karimiya School(IK). The IK school girls were made to sit separately on 10th June. When asked about discrimination, the administration informed that SDM notified the Bengali school on 9th June that according to guidelines students from containment zone should be seated separately. On the Next day, Bengali School took the decision of making Islamiya karimiya School’s students sit separately for the exam. The school didn’t give these students any separate rooms and 47 girls from Islamiya karimiya School, who were appearing for the exam on the 10th were made to seat in a shed outside of the classroom in the summer heat”.

Circular passed for all Examination center:

The order says,  “This letter is in regards to the higher Secondary exam held in the district, we request you to kindly do not make students sit in the corridor, stage or sheds for their exams. This needs to be followed strictly. Orders by the collector of the district, Indore”. 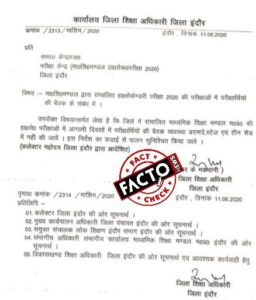 Generalizing students of Islamia Karimiya School, which has all Muslim students was not a good idea, the administration should’ve checked the addresses of students from the containment zone and asked them to sit in a separate room, but not in a shed.  A student from Asian and Sita Devi school could’ve also been from containment zone, but they were not checked and all students from Islamia school were asked to sit separately in a shed. Students should not feel discriminated because of their faith. We appreciate the decision of District Education officer, issuing orders to all exam centers to not make students sit in sheds or corridors.

Conclusion: This is true. Students were asked to sit outside the classroom just because of their Muslim identity. This shouldn’t have happened.

ClaimReview: Muslim students asked to sit outside the school during the exam