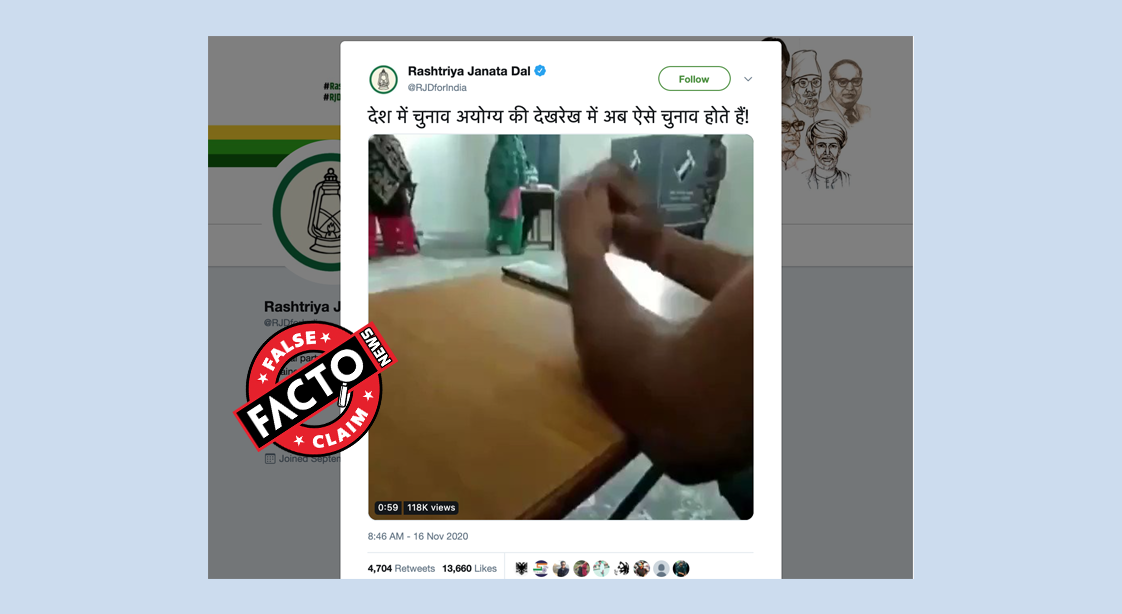 Bihar: A video from an election booth where a polling agent was illegally casting votes on behalf of other voters is doing rounds across social media with a claim that it was from recent Bihar assembly elections. Many users have shared the video claiming that a polling agent from Bharatiya Janata Party (BJP) has illegally casted votes of uneducated Muslim women. The caption of the viral video reads as, “BJP voting officer… pressing button before the uneducated muslim women vote in Bihar”. The Rashtriya Janata Dal party has also shared the same video from their official Twitter account with a caption that reads as, “Such elections are now held in the country under the supervision of the unqualified!”. 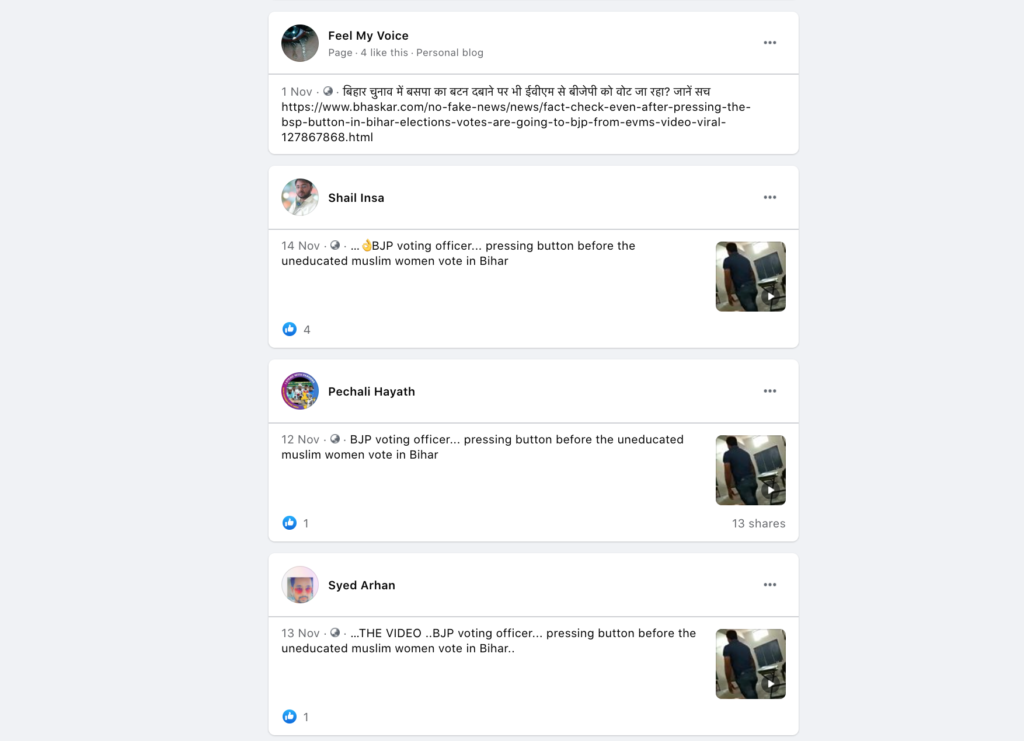 While the RJD party’s account didn’t mention the whereabouts of the video, it let many of the users (in comment section) assume that it was actually from the recent Bihar elections. The tweet has garnered over 4.3k retweets and 688 quoted tweets. Many quoted tweets were seen tagging the Election Commission of India and prominent leaders from Congress and RJD party. (Archive)

A reverse image search of some keyframes of the video has directed us to a YouTube video uploaded by NDTV on May 12, 2019 from their  Channel. The viral video is from 2019, at Faridabad during the Haryana elections. According to NDTV’s report, a polling agent in Faridabad polling booth walked to the voting booth and casted votes on behalf of at least three women. No official present in the room tried to stop the man from illegally casting votes.

As the video went viral in Twitter many users have tagged the Election Commission body of Haryana and demanded to take action.  The District Election Office of Faridabad from its official handle has responded to the tweets and said that the polling agent was arrested and a case was registered for booth capturing.

The person in the video is the Polling agent who has been arrested in the afternoon itself. FIR lodged. He was trying to effect at least 3 lady voters. Observer & ARO with teams visited the booth at Asawati in prithala constituency. He is satisfied that voting was never vitiated

Conclusion: The viral video is from Faridabad, during Haryana elections in 2019. The Election Commission of India has arrested the polling agent involved in the act and charged him with alleged booth capturing.