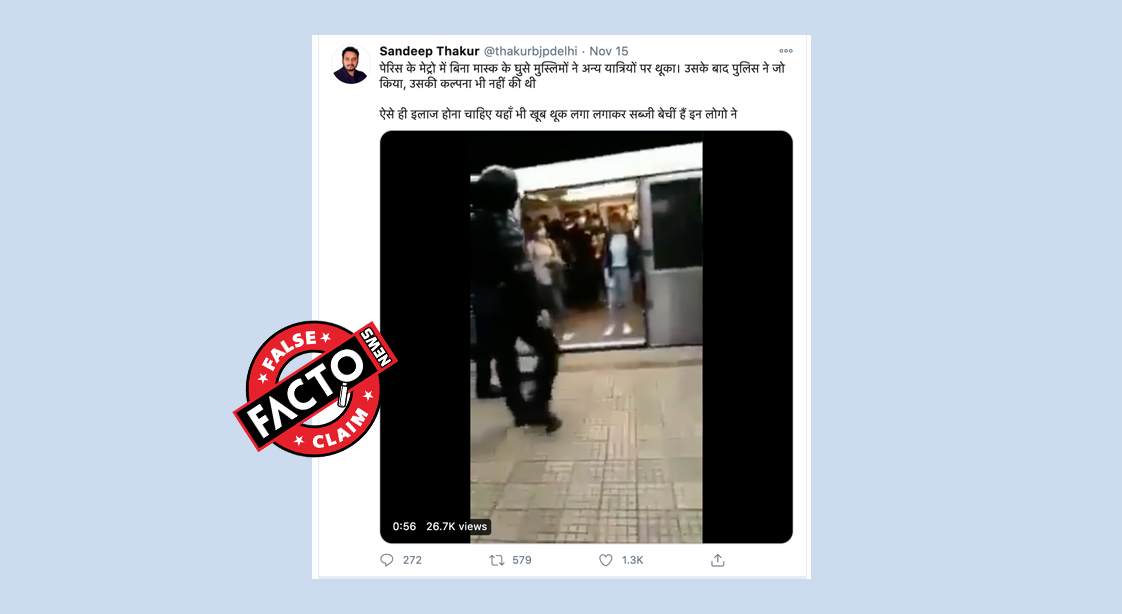 Protests started in France have spread worldwide after the beheading of a French teacher-Samuel Paty, by an extremist for showing a cartoon 0f Prophet Mohammed in a classroom. Ever since the incident, a lot of fake news involving Muslims is being spread across social media. A video of police taking hooligans into custody in a metro train station is viral across social media with a claim that Muslims in Paris, France were arrested by the police for not wearing masks and also spitting on other passengers. The same video was viral in October with many users sharing the video with a claim that, “United Nations’s Police are enforcing mask policy in Romania”.

A Twitter user Sandeep Thakur (@thakurbjpdelhi) has shared the video with a claim, (translated to) – “Muslims spit on other passengers entering the Parisian metro without a mask. After that, the police did not even imagine what they did Such treatment should be done here, these people have sold vegetables by putting a lot of spit”. The video has garnered over 25k views and was retweeted over 500 times.

The video is also shared by several Facebook users with the same claim. here 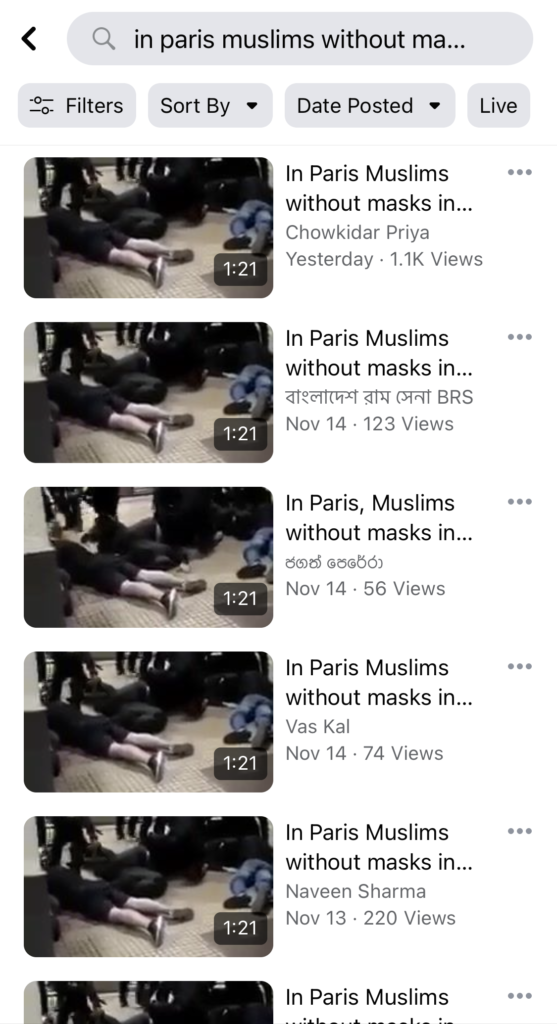 A reverse image search of some keyframes from the video has directed us to different articles that covered the actual story. The viral video is from Romania, not France. According to an article – “Gendarmerie explains harsh subway intervention: A very aggressive group took refuge on the train and created panic among passengers”, published by Digi24 on Oct 2, 2020, the gendarmerie (military force with law enforcement duties among the civilian population) has arrested supporters of two football teams FC Dinamo and CSA during a clash between them and the police troops. Around 3pm, the police force tried to prevent a brawl at the stadium. Later a group of hooligans appeared at the metro station attacked two policemen. The police has stopped the train and detained around 30 people. The incident happened at Ştefan cel Mare station. 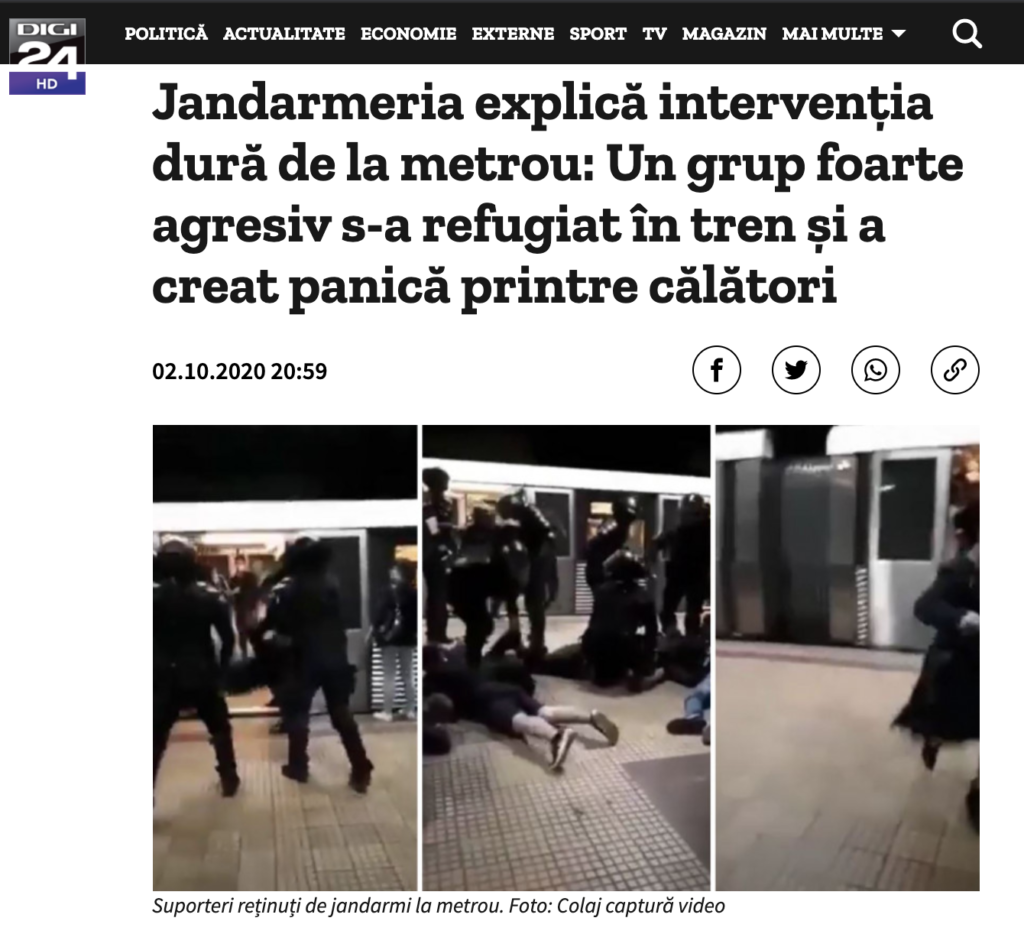 Conclusion: The viral video is from Ştefan cel Mare station, Romania, and the police were detaining aggressors who attacked them during a brawl at a football match. The above claims are false, misleading, and islamophobic.